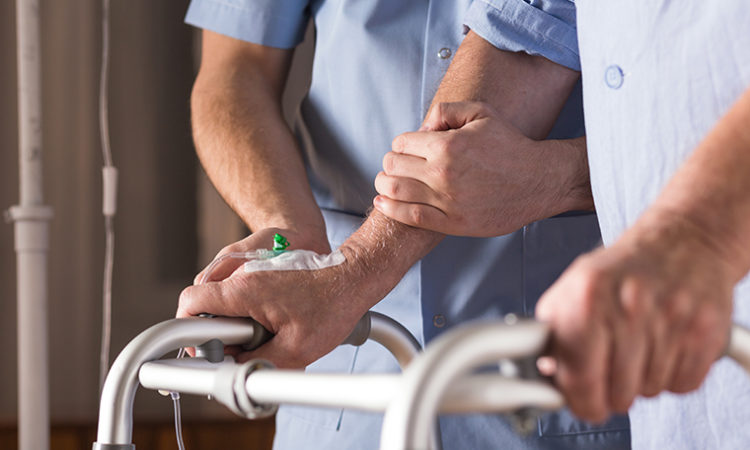 It seems no industry is spared from the ripple effects of the Covid-19 pandemic. After Gov. Tim Walz last month issued an executive order requiring hospitals to delay all elective procedures, hospitals anticipated a giant drop in revenue. Collectively, Minnesota hospitals have said they’re facing a nearly $3 billion revenue gap with the loss of elective surgeries.

But, of course, it’s not just hospitals that are affected by the decision. Other health care providers are facing a revenue crisis, too. Execs in the senior living industry say they’re facing a major financial strain without the usual stream of patients entering their doors for rehab and transitional care. Some say the pandemic could result in the closure of many smaller facilities down the road.

A few hospitals in the state have gradually begun to resume elective procedures, but it may take some time for revenues to stabilize.

Before the pandemic struck, many senior living facilities relied on revenue from short-term stays, said Gayle Kvenvold, president and CEO of LeadingAge Minnesota, a trade group representing more than 1,100 senior care facilities in the state.

“If you were going to have any financial viability as an organization, you relied on Medicare and Medicaid reimbursement for those short, post-acute hospital stays,” she said. “Since hospitals here aren’t doing elective surgery, that means that those referrals aren’t coming to our care centers. … That has significant implications for the finances of our organizations.”

Steve Chies, president of care center operator North Cities Health Care Inc., says the loss of patients coming in for post-acute care has been a “twofold hit” for his business.

“We don’t get people into our transitional care units, and then we’re not transferring them into our long-term care units,” he said. “It’s a double hit for us going forward. … This has been a massive change in the way we operate.”

Typically, North Cities Health Care would see about 15 to 20 patients pass through its transitional care units over the course of a few weeks. That’s effectively dropped to zero.

And under normal circumstances, about 75 percent of patients in transitional care will recover and go home, Chies estimates. The remainder typically transfers to some form of long-term care. The drop in patients recovering from surgery has necessitated a “massive change” in the way Chies operates both transitional care units and long-term care facilities

“What you have to understand about our business—on the skilled side and quite frankly on the assisted living side—is that it’s an occupancy-driven business. That’s what drives the train,” Chies said. “If you don’t have the occupancy, you don’t have the revenue. This is somewhat in contrast to hospitals, which have an entirely different business model.”

Transitional care patients are a “critical” part to maintaining occupancy in senior living centers, he added. To keep revenue at a sustainable level, Chies said homes typically aim for about 90 percent occupancy. When occupancy falls below that mark, it’s often difficult to reduce expenses accordingly.

“It becomes a real, real narrow ledge that you’re on when you start dropping below 90 percent,” Chies said.

He added that North Cities Health Care’s New Brighton care facility is hovering at about 70 percent, while its Coon Rapids facility is at around 86 percent.

Falling occupancy across the state

Occupancy appears to be declining for many care centers in Minnesota, and it’s not just because of the drop in acute care needs. With many folks stuck at home during quarantine, some have opted to care for elderly relatives on their own instead of moving them into nursing homes.

Of course, nursing home occupancy has been on the decline in Minnesota for a number of years now, even before Covid-19. The statewide average sat at about 88 percent pre-pandemic, according to Kvenvold of LeadingAge.

“We fully expect to see that number decline,” she said.

And as occupancy and revenue decline, costs are rapidly growing.

“We’re financially stressed big time,” Cullen said. “We do know there are a couple of state programs available that folks have applied for, but they certainly haven’t gotten all their expenses covered.”

What’s behind the increase in expenses? For one, the cost of personal protective equipment is at a premium now due to nationwide shortages. Kvenvold says that the cost of generic surgical masks has grown about tenfold since the start of Covid-19 infections in Minnesota.

“Most of that product is imported, and it requires 100 percent payment upfront,” Kvenvold added. For cash-strapped facilities, that’s often a tough ask. “All of those increased supply costs come at the same time that revenue is shrinking.”

Jerry Carley, CEO and president of Benedictine Health System, said his organization is “scouring the country” to find needed supplies.

Despite the increase in costs, it’s “not something we can let up on,” he said.

“Until the supply issues get sorted out, it’s going to be an ongoing issue going forward,” Carley added.

Between the decline in post-acute patients and mounting expenses, Carley expects Benedictine to lose anywhere from $15 million to $20 million in revenue.

“That’s just for our organization. Multiply that by the number of senior housing facilities in the state and it becomes a really big number, assuming everyone’s seeing the same thing we’re seeing,” he said.

Labor costs are growing, too, with many facilities offering increased wages and hazard pay for workers. On top of that, Benedictine and some other organizations haven’t laid off or furloughed staff quite yet.

All the financial constraints aside, senior living facilities must grapple with the physical reality of coronavirus, which can wreak havoc on homes if left unchecked. Across the nation, many senior homes have become hotspots for Covid-19. Here in Minnesota, a Wayzata nursing home recently had to move residents to a new location after staff caught the virus.

But Cullen of Care Providers said that’s an anomaly. “To have to move everyone out is the last resort,” she noted. “Transfers of any seniors are not good for them.”

Instead, senior facilities are focusing on more proactive measures they can take to stop Covid-19 from circulating in their communities. No visitors are allowed, for one.

Leadership teams often meet multiple times a week to share the latest updates on the pandemic. Leaders at Edina-based Cassia will meet at least two times a week via Zoom, said Bob Dahl, president and CEO. The organization, which was formed from the merger of Augustana and Elim Care, has been relying on technology to help residents cope with isolation, too.

“We’re a high-touch, care-giving organization, and our bias in the past has been on face-to-face interactions,” Dahl said. “But we’ve embraced technology and are using it much more effectively.”

Cassia is beginning to pivot to telemedicine where possible, too.

As with virtually every industry now, it’s not yet clear what all these changes will mean for the senior living industry. Some changes, like the pivot to digital services, could be a positive thing. But the financial strain could leave lingering effects.

“When we see the end of the crisis, I think we’re going to see a lot of folks taking a look at operations and perhaps closing down business,” Cullen said. “At the end of the day, I don’t think every long-term care community will survive.”