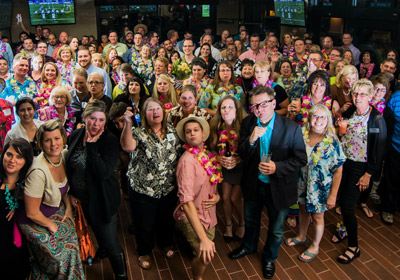 The restaurant and hotel management company is one of the country’s biggest hospitality firms to adopt such a management structure.
January 15, 2015

On Jan. 1, employees at Willmar-based TPI Hospitality celebrated more than the dawn of a new year: Thursday marked the transfer of ownership of the state’s largest hospitality company to its 1,800 employees.

CEO Tom Torgerson first announced plans to form an employee stock ownership plan (ESOP) in September 2014 after more than 80 years and three generations of family ownership. In a statement, Torgerson said the transition would help secure the future of TPI Hospitality as a locally owned company and reward the many employees that have been with it for more than 20 years.

Employee retention — something TPI Hospitality says it already performs well at in an industry not known for long-tenured workers — is also an expected benefit. “Employee owners have a stake in the long-term success of the company and as a result, they understand that their success is directly tied to the success of the customer experience,” Senior Vice President of Sales and Marketing Dee Anne Osborne said in a statement. Indeed, the Bureau of Labor Statistics reported last year that the leisure and hospitality industry had one of the lowest median employee tenure rates among major industries at 2.3 years.

TPI Hospitality is meanwhile counting on being one of the largest ESOP hospitality companies in the nation. The company would be second only to Fargo, North Dakota-based TMI Hospitality (3,930 employees) in that category, according to June 2014 data from the National Center for Employee Ownership. It would also easily qualify to be among the top 100 ESOPs out of the roughly 7,000 in existence in the U.S.  On that list, TPI Hospitality joins Eden Prairie-based Lifetouch (25,000 employees, No. 4 on NCEO’s list) and Plymouth-based Thrifty White Pharmacy (1,750 employees).

TPI Hospitality owns and operates 31 hotel properties and nine restaurants, with six additional hotels in construction. The company has a philosophy of growing in a tight geographic area in southern Minnesota but does have multiple properties in the Minneapolis-St. Paul metro area and a Naples, Florida location. Though growing outside Minnesota is a consideration, TPI Hospitality said such plans were not a priority.