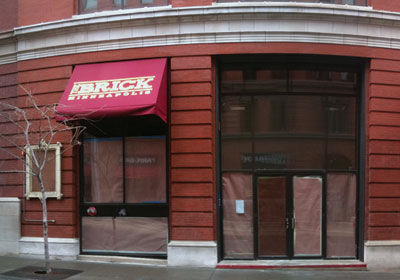 Will The Brick Break Glass?

A music venue controlled by the country’s second-largest event promoter debuts this month in downtown Minneapolis, a market dominated by independent clubs. The Brick (at 111 N. Fifth St.), in the former home of Club 3 Degrees, is owned by Los Angeles–based AEG Live, the operator of nearby Target Center.

“We felt like there was somewhat of a gap in the marketplace in terms of size, so we focused our attention on: ‘What niche can we fill to help in the nurturing and developing of artists?’” says AEG Live Senior Vice–President Joe Litvag. “Ultimately, our goal is to get more acts ready to perform on the arena level.” AEG demonstrated that model in Kansas City, where it opened the 3,000-capacity Midland theater to complement its operations at the Sprint Center arena.

First Avenue General Manager Nate Kranz, meanwhile, insists no such void exists in Minneapolis: His club—presumably The Brick’s closest competitor—caps shows at 1,500 concertgoers but will soon accommodate about 1,700 following a minor remodel. That means the difference between sold-out shows at First Avenue and The Brick, a 2,000-capacity club, will be about 300 tickets.

Gap or not, Kranz seems relatively unfazed by the new rival, noting First Avenue “has been here before.” It prevailed against The Quest, a now-shuttered venue backed by the country’s largest promoter, Clear Channel Entertainment (now Live Nation). “At the end of the day, we’re going to continue what we’ve been doing so successfully for all these years,” he says.

Litvag says AEG Live, due to its size—it operates 35 venues—brings “a good amount of leverage to the table” in attracting acts. But he contends that fans and artists ultimately determine a venue’s success—not a high-profile operator. “As long as we can deliver on both sides of that equation, I think that is going to make this venue successful.”

And The Brick doesn’t aim to edge out competitors, he adds: “We just want to enhance the marketplace.”

That market has largely been molded by 42-year-old First Avenue, which refuses to host shows promoted by national powerhouses like AEG. It opts to work with “the independent guys,” often sending acts to competing venues—including the Fine Line, Triple Rock, and Varsity Theater.

Kranz says the independent network is symbiotic: For example, he books acts at the Turf Club rather than First Avenue’s smaller room, 7th Street Entry, if they best suit the Turf’s vibe and demographic. But the underlying goal is to help artists that draw a crowd of 200 to eventually attract 1,500—and steer them to First Avenue’s main stage.

That model has proven lucrative: First Avenue saw record sales last year, and Pollstar ranked the venue sixth on its annual list of the world’s top clubs, reporting that it sold 174,639 tickets—a figure that doesn’t account for special events ranging from dance nights to mixed martial arts and fashion shows.

The Brick, meanwhile, expects corporate and private events to provide a significant revenue stream. Litvag describes the space as “bright and clean,” not “rundown, dingy, and dark—all the things you think about when you think about a live music club.” It aims to compete not only with other concert venues, but also with nearby hotels.

AEG is investing “several hundred thousand dollars” in renovations, adding bars to each of the venue’s three levels, including “The Basement @ The Brick,” which will remain open on non-event nights and features a full kitchen.

First Avenue last year also opened an adjoining tavern, The Depot. And it too hosts private events, but they constitute “a very small portion” of business, Kranz says.