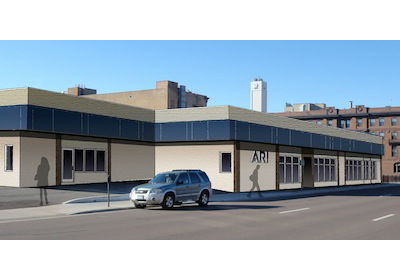 Milwaukee-based e-commerce and Web services provider looks to add staff as it consolidates its offices into a former Duluth car dealership.
December 26, 2013

Brousil said that in addition to the cost of a five-year lease, the company has spent more than $450,000 to renovate a building that formerly housed a car dealership and furniture store for its new office space. The company, which has already consolidated down from four Duluth locations since last year, plans to move its Duluth operations to the new location in January.

ARI will have an additional 10,000 square feet compared to its current Duluth facilities and will be able to accommodate up to 200 employees at its new location, according to Brousil. She said the company is currently hiring but declined to disclose an exact number of how many new hires the company will be adding.

ARI purchased 50 Below’s retail division assets in November 2012, following the e-commerce services provider’s declaration of bankruptcy. The assets included websites in the powersports, automotive tire and wheel, medical, and marine markets. In addition to maintaining 50 Below’s powersports accounts in Duluth, ARI moved its own powersports business to the city.

Since the acquisition of 50 Below’s retail division assets, ARI said that of its five U.S. locations, its Duluth site has been a significant driver of the company’s growth. ARI’s revenue increased by 34 percent from $22.5 million last year to $30.1 million this year. According to the company, the acquisition “more than doubled the size of ARI’s website business” and “made websites the company’s largest source of revenue.”

ARI currently employs 275 employees at its five U.S. locations in addition to an international team at its Leiden, Netherlands-based office.