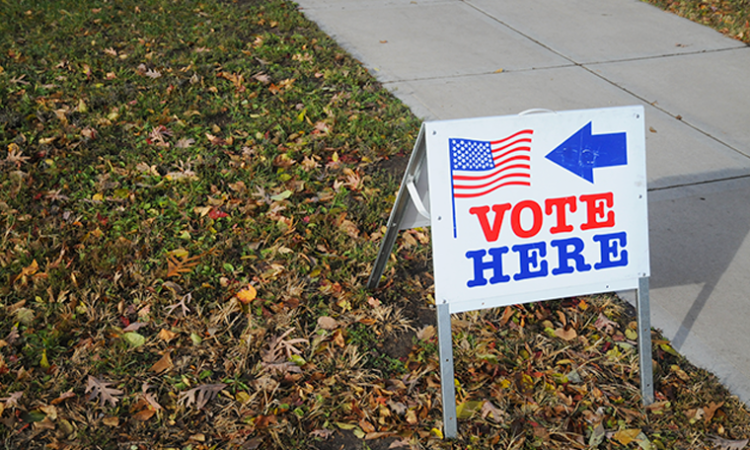 Two Minnesota political consultants — one DFL, one Republican — have the same view when it comes to one of the main talking points of the still-young primary election season. That is, whether contested primaries are a good thing or not.

“DFLers have not been quite as concise as Republicans have been in choosing candidates,” Katharine Tinucci, a former staffer for Gov. Mark Dayton, said of her party’s roster. “There’s been a bit more of a scramble on my side.”

But Tinucci told the Minnesota Chamber of Commerce’s Women in Business gathering in Golden Valley Wednesday that she doesn’t think it will hurt the party’s chances in November. “I don’t think it is the disaster that many Republicans are wishing it was,” she said.

Dayton, her former boss, survived a three-way contested primary for governor in 2010 and won the general election. In fact, Dayton hired the campaign leads of his two DFL rivals after the primary and kept them on once he took office. “It works out,” Tinucci said.

That conclusion, of course, could amount to spin. DFLers can’t change the facts of the primary fight, after all. But Tinucci’s fellow panelist Maureen Shaver, a consultant and former adviser to Gov. Tim Pawlenty, agreed with her.

Primaries can make candidates better, Shaver said: “You test messages. You get better on the stump and you practice. It’s very good for candidates.”

Her reaction to GOP glee at the apparent chaos on the other side? “I was like, meh,” she said. “These folks know how to get it together.”

Shaver said she wouldn’t predict election outcomes, but said she would identify the key demographic: college-educated suburban women. After asking attendees which of them were in that category and seeing the vast majority raise their hands, Shaver said such voters are generally not as enamored of President Trump as voters are elsewhere in the state.

“I predict any legislator, any statewide candidate that does not make suburban women the focus of their campaign is in trouble,” Shaver said. “And that’s where we get into trouble because these women are not fans of the president.

There are 11 legislative districts where Republicans won the state House race but where Hillary Clinton won the presidential vote. Most are in the Twin Cities suburbs.

Republicans have their own primary for governor, and while Shaver said she wouldn’t predict the outcome, she said Pawlenty, her former boss, has to be careful how he approaches the Aug. 14 election. “He will have to walk enough to the right to win the Republican primary and keep the Republicans who support the president happy, but not too far to alienate suburban women,” she said.

She lowered expectations for her party, but also laid out a path to beating those expectations. “Historically, the party in power doesn’t do as well” in the midterm election, Shaver said. “I don’t see us outperforming the norm here. I think Republicans have a little more of an uphill climb.”

But Shaver said Republicans can do best if they focus on economic issues and take credit for the strong economy and low unemployment. She also said while the 2018 legislative session was an example of how government doesn’t work, the party should point to 2017, when it passed reinsurance legislation to shore up the health insurance market, boosted education funding and adopted some tax cuts. “If Republicans can get that message happening, I think that’s how they will counter the Democrats,” she said.

She also pointed to the success the party had in legislative elections, winning control of the state House in 2014 and the state Senate in 2016. The Senate was won when the GOP took two close elections by 200 votes each.

“Democrats win (statewide) because they turn out in the metro,” she said. “But the GOP has done a better job of  localizing elections. They do a better job, I think, of picking candidates who fit their district, they fund them well and those candidates work hard.”

Tinucci said she too was reluctant to make predictions after the 2016 election, when so many were wrong. But she said she did think the contested primaries in the Fifth and Eighth Congressional Districts would boost excitement on the DFL side. On the governor’s race, Tinucci said she thought both Tim Walz and Erin Murphy had recent missteps: Walz for not securing the DFL endorsement and not blocking Murphy from winning it herself, and Murphy for the unwanted attention paid to running mate Erin Maye Quade’s answer to a media question about E85 fuel.

And while she wishes it wasn’t so, fundraising is a significant factor in who wins. “I don’t love that money matters. But money matters,” she said.

Pawlenty retains a big fundraising lead, and while both Murphy and Walz spent a lot trying to win the DFL endorsement, Walz has more in reserve than Murphy.

“Erin Murphy had no money left after the convention, and I think she’s going to have a challenge raising money this summer,” Tinucci said, with Shaver adding that there will be competition from the attorney general and CD5 candidates who didn’t even know they had campaigns to run until June 4.

That, Tinucci said, is the biggest detriment of these contested primaries. “No one wants to spend money on primaries. We all want to have the reserves. We’re all looking at Tim Pawlenty’s numbers like, ‘We can’t spend all of our money before the primary. We need to have money to win this general election.’ So the money race will matter.”

Tinucci agreed with Shaver that the economy will play a large role in how people vote and that could be about trade, tariffs and agriculture in Greater Minnesota. But she was less certain that voters would reward Republicans for strong economic numbers.

“Voters are very angry today about the president’s border policies. They’re very angry about inaction on every level of government on guns and school safety,” Tinucci said. “I’m not saying it’s a guarantee but it’s an opportunity to harness some of that anger and turn that into action at the polls.”