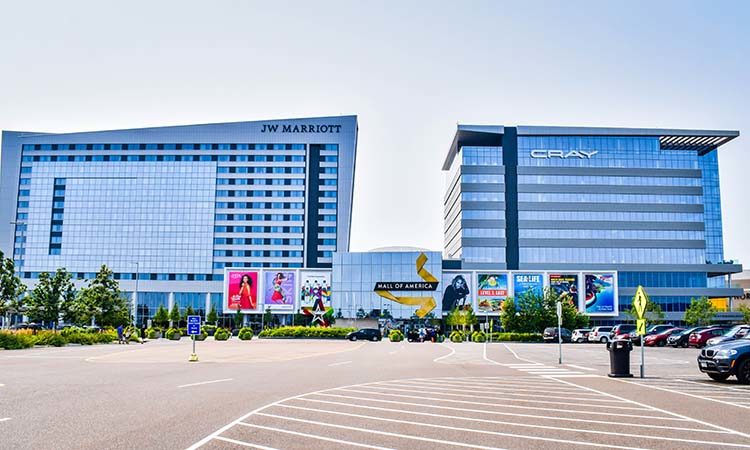 “Right now, it’s likely going to be incredibly difficult to implement this technology at each of the mall’s entrances with the staff that it entails,” says Simon Osamoh, former head of counterterrorism at the Mall of America Brett Welcher / Shutterstock.com

Why Mall of America Is Rejiggering Entrance Protocols

The Mall of America tests metal detectors as it attempts to balance an “open-door environment” amid ongoing security concerns.
By Dan Niepow
October 20, 2022

Simon Osamoh wasn’t entirely surprised to learn that the Mall of America is testing metal detectors. A security consultant and former head of counterterrorism at the iconic shopping institution, he’s well aware that public spaces have faced ever-evolving threats over the years.

He pointed to security incidents over the last two decades that have changed our lives permanently. A 2001 attempt to smuggle a bomb onto a plane in a pair of shoes, for instance, has all of us removing footwear in the TSA line at the airport. A 2006 attempt to detonate liquid explosives on a plane has restricted how much liquid we’re allowed to bring on board.

Within the calendar year, the Mall of America has seen a few security breaches of its own. Back in August, an individual fired a gun at the mall, sparking fears of a mass shooting. A few weeks later, the mall was victim of an apparent armed robbery, the Star Tribune reported. Events like these have evidently forced mall leaders to reevaluate entrance protocols.

Still, Osamoh concedes that metal detectors pose a significant challenge in an “open-door environment” such as the mall. That compares to places like Target Field or U.S. Bank Stadium, which screen all visitors at the door.

“Right now, it’s likely going to be incredibly difficult to implement this technology at each of the mall’s entrances with the staff that it entails,” said Osamoh, a former British police officer. “I myself would be interested to see where the Mall of America goes with this. As it stands, the logistics of trying to implement this at every entrance right now would probably be too great.”

Osamoh understands why the mall is testing the technology, though. After any kind of security breach, “it’s natural to look at what’s next to try to safeguard people.” And on top of metal detectors, the mall is more than likely exploring a host of other technologies, too. “Physical security 101 is protection of your perimeter,” he added.

Ultimately, he sees metal detectors as part of a broader security program. Back when he headed counterterrorism efforts at the mall, he was primarily focused on behavioral clues to identify suspicious behaviors. Osamoh maintains that behavioral monitoring should still be part of any good security program. Recent advancements in artificial intelligence may make it an even better bet.

Of course, behavioral monitoring is an imperfect solution. Security officers and artificial intelligence programs alike can easily mistake normal behaviors for suspicious ones. Back in 2011, NPR reported on security interventions at Mall of America that “are disrupting innocent people’s lives.”

Michael Rozin, president of fellow Minneapolis-based security firm Rozin Security Consulting LLC, agreed that any security program worth its salt is a holistic one.

Rozin said that metal detectors in an open-door environment like the mall are “difficult and potentially riskier to implement.” What would he propose as an alternative? “More advanced systems allowing for weapon detection and high throughput simultaneously are a better, more fitting solution for such environments.”

KARE-11 first reported on the mall’s metal detectors on Monday. A Mall of America spokesperson confirmed that the mall is testing the technology at the north doors over the next month. Anyone entering through that part of the mall needs to pass through the detector. “The location might change as we go through testing,” the spokesperson said. “We are in the testing phase and we will be able to further evaluate after we receive the results.”