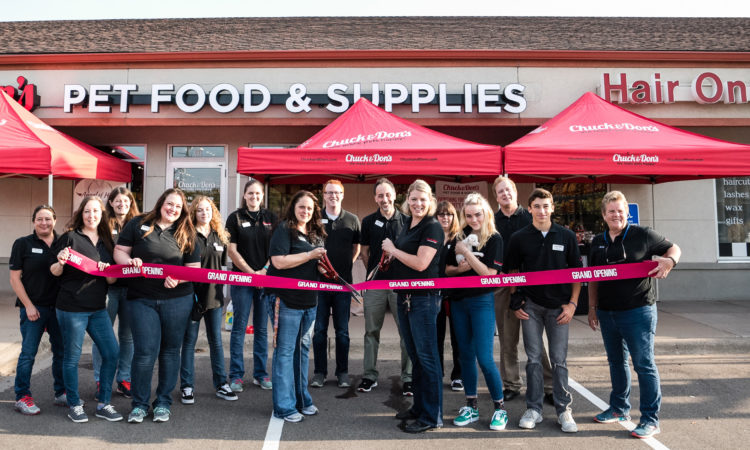 Why Chuck & Don’s Owners Decided to Sell to Their Employees

The decision was about valuing creating a legacy over the get-rich-quick approach.
By Jared Goyette
November 22, 2017

If you’re the owner of a successful, growing company, but you’re at a stage in life when you want to step aside, you face some difficult choices.

One of the more common routes is to sell to a strategic competitor, like a larger company looking to expand its footprint in the market, or perhaps a financial buyer, like an investment firm. The upside of those paths is obvious: You’ll get rich (or a lot richer), and quick. But there is a downside too: The brand you labored to build will likely disappear, and many of the people who worked for you could lose their jobs.

As explained recently in the Star Tribune, that’s the situation that Bob Hartzell and Chuck Anderson, the owners of Chuck & Don’s Pet Food and Supplies, found themselves in a few years ago. Their solution, to gradually sell their company to their employees via an  employee-stock ownership plan (ESOP), has come with successes and challenges that other companies can learn from, says Tom Murphy, the company’s Chief Financial Officer, who has been in charge of implementing the plan.

He says the decision to sell the company back to employees, and not to a competitor, was motivated by more long-term thinking.

“They'll get wealthy either way, but as opposed to having a wealth creation event, they're willing to have a legacy that Chuck & Don's will still be here 10, 15, 20, 30 or 40 years from now,” he said. “It affords companies that see themselves with a long-term mission and value proposition to maintain their independence and grow their business model while addressing the needs of the selling shareholder.”

So how will Chuck & Don’s employees be buy the company from its owners?

In essence, and ESOP functions as an employee retirement plan, with the employees steadily gaining stock for every year they work, which they can sell back to the ESOP Trust when they retire or leave the company. To fund its ESOP trust, Chuck & Don’s stopped matching contributions to its 40K plans, and instead redirected that money to the trust via profit sharing, which in turn buy company shares from the owners.

The shares are then distributed to employees every year, who receive an annual statement letting them know how many shares they have, their value and the total value of the company. To qualify, an employee must be 21 years or older, have worked at least 1,000 hours that year (or part-time) and be employed on the last day of the year.

The process started four years ago, according to Murphy, and currently employees own about 5 percent of the company. While the ESOP trust is using those profit sharing funds to purchase shares at the moment, the plan is that once the trust owns 7 percent of the company, in about 2020, it will take out a loan to bring its total ownership to 50 percent.

A key benefit of an ESOP, according to Murphy, is that it turns the employees into owners, aligning their long-term interest with those of the company.

Murphy said the “cultural shift” won't happen overnight, so they’ve spent a lot of time educating employees on how the ESOP works. In the short term, at least, having employees think like owners can also lead to some challenging conversations, as they can also feel more entitled to question management decisions, even small ones.

Murphy provided one hypothetical: “It engages them more in the conversation about to how to grow the business. I think it’s positive but when you're in a meeting and someone raises their hand to ask, ‘Well, why did you spend $2.50 to buy that roll of paper?’”

Ultimately, Murphy believes that encouraging an employee-owner mentality helps the company hold on to valuable members of its team.

“You think that by me working here, I can grow the value of my stock 5-6 percent a year… you’re betting on yourself, and I think that promotes employee retention, and creates that employee ownership thinking,” he said.