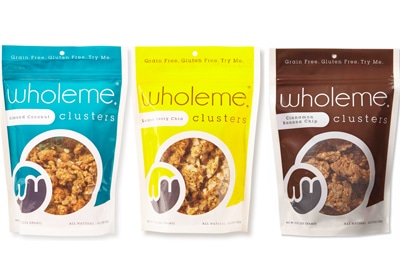 This marks the healthy snack company’s second successful funding round after its 2014 Kickstarter campaign drew in over $42,000.
October 14, 2016

Six investors contributed to the $1 million investment, according to an SEC filing released Monday. Mary Kosir, who founded the company in 2012 with Krista Steinbach, told TCB that five of the six investors were individuals or families in the Twin Cities business community.

“We’ve gone from about 65 stores two years ago to about 280 stores last December,” said Kosir. “And we’re expecting to be in well over 1,000 stores by the end of the calendar year.”

Whole Foods is one of the specialty grocers to recently expand its distribution partnership with WholeMe to stores in northern California and its southern territory, which includes states like Georgia, North Carolina and Tennessee. In Minnesota, WholeMe’s products are available in dozens of grocery stores, such as Coborn’s and Lunds & Byerlys.

“Right now we’re focused on natural and specialty chains, but conventional grocery is definitely in our future,” Kosir said. “In the next 18 to 20 months, I think we’ll start looking to the Targets and Costcos of the world.”

New products are also in the pipeline, Kosir added. In January, the company will reveal a new snack mix flavor followed by additional products geared toward convenience that will release around end of summer or early fall next year.

Kosir hopes these efforts will continue to push WholeMe’s revenue, which she said has tripled every year since the company’s start.