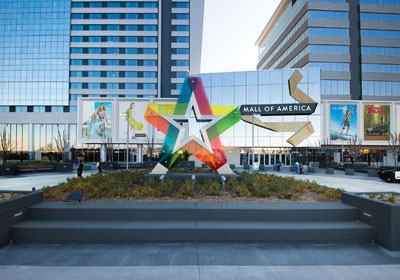 Who Will Sustain MOA’s Expansion?

The mall is placing more and more of its bets on out-of-region visitors.
February 06, 2016

Just as Americans are increasing online retail purchases, Mall of America is expanding. So who is the future customer base at MOA? Twin Cities-area shoppers remain the foundation, but a bigger portion of the dollars spent at the mall is expected to come from distant shores.

When the mall made its debut in 1992, Killian says 65 to 70 percent of shoppers came from a 150-mile radius. The remaining third came from foreign countries or U.S. regions beyond the mall’s Twin Cities-area core.

Now, more than 40 percent of the MOA’s shoppers are visitors, and Killian notes that the addition of two hotels at the mall will make it even easier for tourists to visit. Radisson Blu opened in March 2013, and the JW Marriott followed in November.

“About 50 hotels are located within 10 minutes of the mall and Minneapolis-St. Paul International Airport,” he notes.

The other notable change is that during 2016 the mall plans to add a greater quotient of high-end retailers to its expansion.

“Upscale retailing in the Twin Cities has not fared particularly well,” says David Brennan, who teaches retail and marketing at the University of St. Thomas. He references the closures of Saks and Neiman Marcus in downtown Minneapolis, plus Bloomingdale’s at MOA, but also emphasizes that the mall is unique because it has 520 stores, entertainment offerings and draws from an international customer base. Both Killian and Brennan say that a lack of sales tax on clothing is a huge benefit for the mall. In European countries, Brennan says, shoppers pay a value-added tax on clothes of 20 percent or more, and Canadians pay 14 to 15 percent.

And tourists spend considerably more at MOA than the locals do; U.S. visitors spend about 1.5 times more than locals do. Foreign visitors spend 2.5 times more than local shoppers, Killian says. While neighboring Canada supplies the greatest number of foreign shoppers, the United Kingdom comes in second. “The Brits love to shop; they like holidays and family entertainment,” says Killian. Japanese and German tourists also are big MOA shoppers, and he lists China, Mexico and France among growth markets. —Liz Fedor