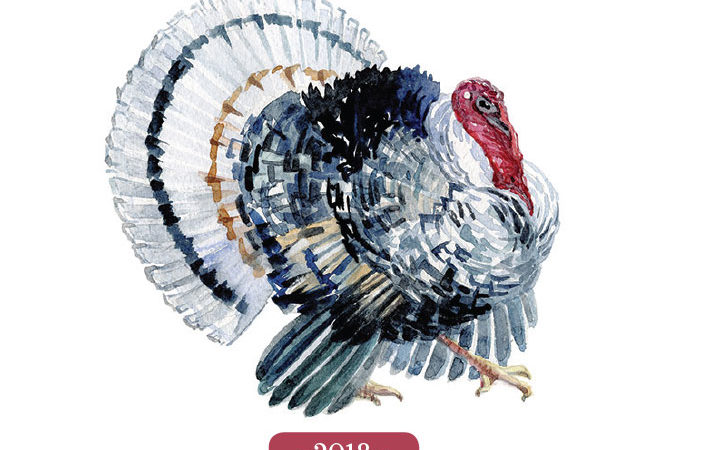 Who is Turkey of the Year?

As we wrote last year, you've never seen turkeys like these.
December 02, 2018

Dear Mr. Brandenberger:
You see a lot of turkeys, but as we wrote you last year, you’ve never seen turkeys like these.

Recurring turkeys. Last year we made the point that the vast majority of Wells Fargo employees are decent and hard-working, but the business culture under former CEO John Stumpf encouraged the opening of more than 3.5 million fake bank and credit card accounts. This year, the Consumer Finance Protection Bureau leveled the highest fine ever imposed on a U.S. financial institution, $1 billion, for, among other things, forcing car loan customers to take out unnecessary insurance. The bank’s form 10Q for the second quarter of this year outlines additional efforts where it has to work to “rebuild trust.” And yet, in part because we know so many good people who work at Wells Fargo, and also because we are well aware of the overreactions of the CFPB, this turkey should get a pardon this year. And so Wells Fargo is not the Turkey of the Year.

Could that title belong to our favorite higher ed institution?

The University of Minnesota turkey submission. Last year, the university made it as a brief mention on our turkey list because its administration went on a, shall we say, turkey hunt to discover which regent had leaked a document to KSTP regarding an athletic scandal. Gov. Dayton even got into the act by criticizing the U for paying more attention to leakers than lechers. U president Eric Kaler has now announced that he is retiring a year early. All of us hope the new search produces a candidate equal to or possibly exceeding Kaler. But the firing of a previously failed search firm midway through the process gives turkey watchers something to look out for. So the U of M escapes. Will the turkey land at one of our favorite sports venues?

Sports turkeys. It appears the Minnesota Vikings overlooked the importance of opening the season with an NFL-caliber kicker. The Minnesota Timberwolves had trouble deciding if they were trading, keeping, or reacquiring All-Star Jimmy Butler. The Minnesota Wild decided to prepare for the 2019 playoffs by getting one year older. But the Minnesota Twins, a turkey last year, decided to fire the Hall of Fame 2017 Manager of the Year, Paul Molitor. Good luck finding another one.

Women’s sports in Minnesota never produce turkeys, they just continue to quietly electrify their sports: U of M women’s hockey, U of M volleyball, Whitecaps professional hockey, and the Minnesota Lynx. So, collectively, there are some groups that bear watching (the Minnesota Twins), but no Turkey of the Year here. What about government?

Government Turkey of the Year. This year’s possible turkey is Scott Pruitt, the now former director of the Environmental Protection Agency. Pruitt engaged in the usual first-class travel addiction, rented a condominium from the wife of a D.C. energy industry lobbyist, and installed a $43,000 soundproof phone booth in his office (an accoutrement missing from other cabinet-level offices). After investigators started questioning current and former EPA aides in more than a dozen federal inquiries, even some Republican lawmakers wearied of defending Pruitt. Ultimately, the White House fired him. Before they were ultimately forced to fly elsewhere, Turkeys of the Year seemed to find D.C. a favorite roosting spot. Pruitt was close, but not this year.

The real Turkey of the Year. For more than a month, all media all the time, all Twitter all the time, has been consumed with Judge Kavanaugh. For some people viewing this spectacle, it appeared to be trial by high school yearbook. For others, the so-called confirmation hearings were a vindication of the #MeToo movement. Judge Kavanaugh, giving a new definition of judicial temperament, portrayed himself as a victim of a left-wing conspiracy hatched in revenge by the Clintons. He launched into questioning Sen. Amy Klobuchar concerning her drinking habits.

Senators of both political parties did not hide the naked political calculus involved. A Democratic senator appeared to hold back allegations of sexual attack until months after they had been received. Another senator suggested that a one-week delay was untimely and that a vote must be taken immediately (the same senator who had delayed voting for 400 days on a U.S. Supreme Court nominee of a different political party’s president). Justices of the U.S. Supreme Court are accorded the kind of prestige and respect that we do not accord people elected by partisan politics, and for good reason. They are supposed to act above partisan politics in application of the Constitution. In fact, many of our justices, regardless of who nominated them, have acted exactly in that manner. Our country has benefited greatly, and our democracy has been protected by this structure.

But no more. Watching the Kavanaugh nomination process, one almost expected floor leaders, campaign hats, state delegation banners, and a balloon drop for the winning nominee. This entire disrespectful process will continue to sharpen political divides in the country and to underscore the U.S. Supreme Court as nothing more than an appointed-for-life mini-Congress. No one who watched this political spectacle will come away with any other impression. As an electorate, we can solve this problem, and so can those elected to the U.S. Senate. We elect these people. They represent us. By allowing this spectacle to go on, as Pogo said, “We have met the enemy, and he is us.” That’s right. This year’s Turkey of the Year: us!