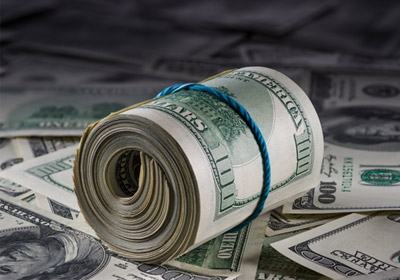 Which MN Health Care Startups Landed The Most Angel Funding In 2016?

The program allows angel funds that have been certified by the Department of Employment and Economic Development (DEED) to claim a 25 percent tax credit on their investments. In addition to health care firms, high-tech and other kinds of companies with proprietary products are also eligible.

The list of who received what in 2016 was recently released by DEED – it contained some well-publicized, up-and-coming health care firms as well as some that remain under the radar.

Below is a list of the top eight health-care-related startups on the list, including the total funding received from eligible angel investors in 2016 and the amount of tax credits those investors received. While DEED identifies each company that received eligible funding, it does not identify which firms did the investing. Where that information is available from other sources, it has been included.

Stem cell-based research and drug screening company StemoniX, winner of the 12th annual Minnesota Cup competition in September, led the list of Minnesota-based health care startups with $1.83 million in tax credit-eligible angel financing. Its accredited investor groups included Minneapolis-based Gopher Angels the 701 Angel Fund of Grand Forks, North Dakota. StemoniX, founded in 2014, was awarded top honors at the Cup for its potential to revolutionize the production, growth and manufacturing of human heart and brain cells for toxicity and efficacy testing.

Gila Therapeutics is developing dissolvable strips containing natural human proteins that control the feeling of fullness, targeting the battle against obesity. President and CEO Tom Vasicek, who holds a Harvard Ph.D. in genetics, says the company’s goal is to produce safe products that have “a significant effect on food intake.” Gila hopes to be on the market by 2023, following the lengthy process of testing and FDA approvals. In 2016 it completed a $2.6 million financing round, led by Boston-based Broadview Ventures. Some $1.6 million came from unidentified tax credit-eligible angel inventors.

Builder of the Brown Glaucoma Implant, MicroOptx describes the device as a minimally invasive, safe alternative to existing glaucoma technology. It company touts the implant’s “state-of-the-art biomaterials and nanotechnology” which allows for a very small size, increased safety and biocompatibility. The startup raised $2.4 million in 2015, then indicated it was seeking to raise an additional $2.2 million in 2016. The Angel Tax Credit filings revealed MicroOptx secured $1.35 million in 2016 from unidentified credit-eligible investors.

Marker Therapeutics of New Brighton shares an address with Wilson Wolf Manufacturing, maker of “revolutionary” cell culture devices that focus on advancing the field of T-cell blood cancer therapy through more efficient design. Its registered agent is John Wilson, Wilson Wolf’s CEO. The firm’s business description is “developer manufacturer of superior cell culture devices for use in biotechnology.” Marker’s 2016 haul from unidentified angel investors in 2016 was $1.22 million, according to the state tax credit listings.

Minneapolis-based OneOme LLC landed $5.25 million in new financing in 2016. The company said 20 percent of the amount came as equity, with the rest raised as debt. OneOme, whose RightMed software product uses DNA analysis to avoid or minimize adverse drug reactions, is backed by Minneapolis business incubator Invenshure LLC and its Invenshure Fund II LP – the latter is listed as a certified Minnesota angel investment fund. State records show that $1.18 million of OneOme’s 2016 fundraising came from such tax-credit eligible sources. OneOme’s other main backer is the Mayo Clinic.

According to its website, Peytant Solutions is a regenerative medical device company “incorporating human biomaterial with absorbable and alloy implant technologies.” It claims its catheter-delivered biologic implants “offer regenerative solutions for patency, barriers and a rapid bio-integration in the treatment of all luminal diseases.” Peytant’s CEO is John Schorgl, a medical device veteran with stints at Baxter International and Pfizer. The startup, which took in $951,000 from unidentified angel investors, is listed as a tenant at the University Enterprise Laboratories collaborative research center in St. Paul.

Not much information is available about Pathright Medical LLC, which has no website. But according to U.S. Patent Office records, this year it trademarked the name “Restorex“ and is classified as a urological medical device company. State records indicate its registered agent is David Talen, former president of Eden Prairie-based Timm Medical Technologies Inc., which provided products and services for the diagnosis and treatment of urological disorders, primarily in the area of erectile dysfunction. Timm was purchased by Actient Pharmaceuticals in 2011.