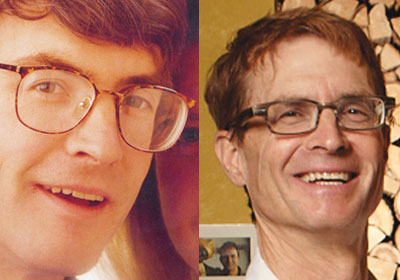 Where Are They Now? Coffee and Punch

The founders of Caribou Coffee have moved on to pizza.
June 02, 2013

Five years after John and Kim Puckett opened the first Caribou Coffee in 1992, their love for coffee gradually developed into a craze for their date-night dinnertime habit: pizza.

They had been regulars at the Punch Pizza in Highland Park for years (then the only one, and originally open only five nights a week) and had been thinking, “What next?” So they set out to tackle a new line of gastronomy. The Pucketts, whose success was chronicled here in January 1994, sold the majority of their ownership of Caribou in 2001 to venture capital firm Arcapita for approximately $80 million. At the time Caribou had about 100 stores and 2,000 employees.

That same year, John became co-owner of Punch, joining up with Italian-born John Soranno, who had founded the company in 1995. They opened their second store one year later and now operate seven across the metro area, with plans to open another by the end of this summer in Woodbury. Punch Pizza currently employs about 200 people and is worth an estimated $10 million. Kim now runs a horse farm at their home and cares for their two children.

Puckett says he prefers the smaller, family-owned style of business. “There is more control and more family growth. We’re more focused on one store at a time, growing organically. [At Caribou], we had Starbucks breathing down our neck.”

On the other hand, contrary to Caribou, Punch is “a lot more intensive from a food standpoint. There’s higher revenue and more staff.”

It was more than 25 years ago when the Pucketts, then in their mid-20s and living in Boston, came to admire the Coffee Connection (which became Starbucks in 1994). But they thought they could do it differently and when they moved to Kim’s native state of Minnesota, they began putting into practice their intensive research and planning to break into the coffee market into practice.

The company became a success, eventually went public, and became the second-largest coffee chain in the country before being taken private last year. “It was go big or go home,” Puckett says, emulating the business model of the 1990s of “grow big fast.” (Recently, new owners JAB Group closed 80 Caribou locations and rebranded 88 others to Peet’s Coffee and Tea, Inc.)

Puckett sees similarities in both companies that he wants to uphold: customer service and product quality. Instead of creating a national brand, as he did with Caribou, Puckett says he is much more focused on quality with Punch. The owners complement each other: He describes Soranno as the “food scientist” and the mastermind behind the kitchen, whereas he manages the real estate and finance side.

In hindsight, Caribou could have grown slower, he says. “We wanted to build a huge company. The second go-around with Punch, all we want to do is grow a great company.”