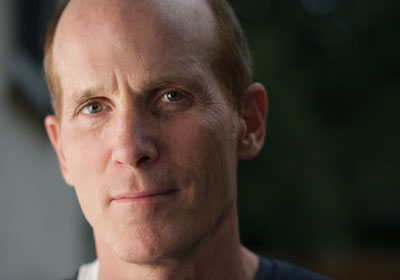 Where Are They Now? A Look at Bill Arnold

Bill Arnold was featured in the October 1993 issue of Twin Cities Business. Where is he now?
February 02, 2013

In fall 1993, standup comedian Bill Arnold had branched out into corporate speaking gigs and injecting humor into the workplace. Two years later, he and his buddies, fellow performers Bob Stromberg and Michael Pearce Donley, decided to collaborate on a project. The goal was to construct a show built around their existing repertoire of comedy and musical bits. The result, Triple Espresso, is an audience-pleaser that’s been playing at the Music Box Theatre in downtown Minneapolis off and on for roughly 12 of the last 16 years.

As its popularity took off, the three friends took the show on the road, breaking theater attendance records for runs in cities as diverse as Milwaukee (one week), Albany, New York (nine weeks), and Dublin (nine months). As offers from theaters started pouring in, Arnold and partners began assembling a talent pool of other comedians and musicians, so they could stage the show simultaneously in multiple locations. “We had always hoped that the show would be successful enough to allow us to duplicate ourselves, but actually doing it was a huge challenge because the material was so incredibly personal to each of us,” Arnold admits. “We had lots of talented friends in the business, so we started with the horses that we knew could come right out of the gate and be successful.”

Their franchising efforts were wildly successful, highlighted by a 10-year run in San Diego’s Gaslamp Quarter. Triple Espresso has now run in 46 cities in six countries and has grossed upwards of $46 million. In 2012, the show was staged in Minneapolis, Sacramento, and Des Moines. Its longevity exceeded Arnold’s expectations, but not by much. “We were always incredibly optimistic that it would be successful,” he says. “We may have been a bit naÃ¯ve, but at the core of it was a real willingness to work hard.”

Arnold phased out of regularly performing in Triple Espresso in 2008 after more than 3,000 performances, although he occasionally understudies, most recently for a two-week gig at the Music Box in December. He’s since turned his attention back to standup, doing corporate shows, and emceeing at fundraising events to encourage higher levels of giving and volunteerism.