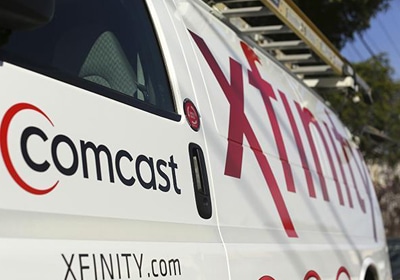 Given the competition, it seems reasonable to see this week's move by Comcast as part of a strategy to retain customers prior to an all­out price war over superfast speeds.
September 06, 2015

Around 2 a.m. Wednesday morning, quite a few of us got a free upgrade. Comcast, the largest cable provider in the metro area, doubled the speeds for each tier of its service. The most popular broadband choice, formerly in the 25-­35 mega­bit (mb) range is now delivering a minimum of 50.

Is this exciting, or what?

Tech­-heads, being only a step removed from gear-heads, will always reflexively answer, “Yes! More speed is always better!” But the fact remains that garden variety internet users, even those streaming Netflix or Hulu via their smart TVs, Apple TVs or Roku, will notice little if any difference. The reason being that everything generally works just fine at the old (as in last week's) speed.

Emmett Coleman, Comcast’s VP for External Affairs (and brother to Mayor Chris and ex­Star Tribune columnist Nick), concedes that most of his company’s customers will barely notice the upgrade, and most of that will be the experience of what they don’t see, namely sluggishness when every member of the family is pulling a signal from the same router.

But the point, he takes pains to emphasize, is that Comcast, (a company sorely in need of rebuilding its customer service cred), continues to make the infrastructure upgrades and pass the benefits on to you and me.

So there. Now don’t you regret all the nasty things you said the last time you called to straighten out your bill?

The upgrade comes, of course, âamid a giga­bit war that includes Comcast, CenturyLink and US Internet here in the greater metro.â (Because of some old agreements, Comcast still provides service to places like Hudson, River Falls, New Ulm and New Prague.) Each company is aggressively upgrading to 1 gig service, via existing wiring, to residences as well as full, fiber-­to-­the-­home 2 gig service and even higher speeds … at even higher prices, not all of which have been made official.

Given the competition between the three players listed above, it seems reasonable to see today’s move by Comcast as part of a strategy to retain customers prior to an all-out price war over the kind of super fast speeds, 1 gig and beyond, that may usher in futuristic services like routine medical teleconferencing and fully interactive classrooms.

The upgrade to 50 mb will likely satisfy most general interest customers for the next few years, or until some as yet unforeseen “must have” service requiring far more bandwidth hits the market.

So called 4K and/or Ultra High Definition TV seem the most likely entertainment-type bandwidth storms building on the horizon. Despite the availability of 4K sets, some now dropping into the $1,000 price range, there’s currently very little content available via cable, satellite or streaming services. Although, in fairness, Netflix is building a credible library of titles and savvier filmmakers are producing movies in 4K, the point being that the demand for higher speed/greater bandwith service will become a reality in the not too distant future.

In an interview with Pulkit Chandna of the website TechHive late last weekâ, Comcast Cable’s executive vice president of consumer services, Marcien Jenckes, was asked about the issue: “ââWe’ve seen some OTT players [OTT refers to content that arrives from a third party – such as âHulu âor âNetflixâ– and is delivered to an end-user device, a TV, computer or smart phone] embrace 4K, and you’ve got your Xfinity in UHD initiative. But overall it’s still a niche market. When do you think we might see UHD and HDR content in most homes?”

Replied Jenckes: “I think like many things, consumer demand will determine how fast 4K and HDR content become pervasive. The reality is that today, the total number of movies and shows being produced in 4K UHD and HDR is still quite small. … From a network and technology perspective, we’re ready today. Last year, we launched an Xfinity in UHD app on Samsung TVs that includes NBCU content, IMAX films and more. Later this year, we’ll have a 4K set-top box and 4K UHD On Demand library available to all of our video customers.”

Asked if Comcast has plans for an ad campaign hyping all the specific, tangible benefits of 250 mb or 2 gig service, Coleman replied: “I âsuspect âwe will do that.”

The upgrade will require customers to perform a couple fairly easy technical tasks. Those using Comcast­-supplied routers should only have to “power cycle” their devices (i.e, turn off, turn on). Says a Comcast rep: “We’ve made it VERY easy.”

They can ‘power­ cycle’ their cable modem at home by using the reset button on their device, or by unplugging the modem power cord from the electrical outlet, waiting a few seconds and then plugging it back into the outlet.

Customers can also reset their modem remotely by using the Xfinity My Account app, available for both Apple and Android devices.

They can also go online at: Comcast.com/myaccountâ.

Those of us who have bought into the full Apple Syndrome, with (slick/white/pricey) routers designed to deliver “ideal” connection to Apple devices should … shouldâ… have no problems after power ­cycling those devices in the same way.