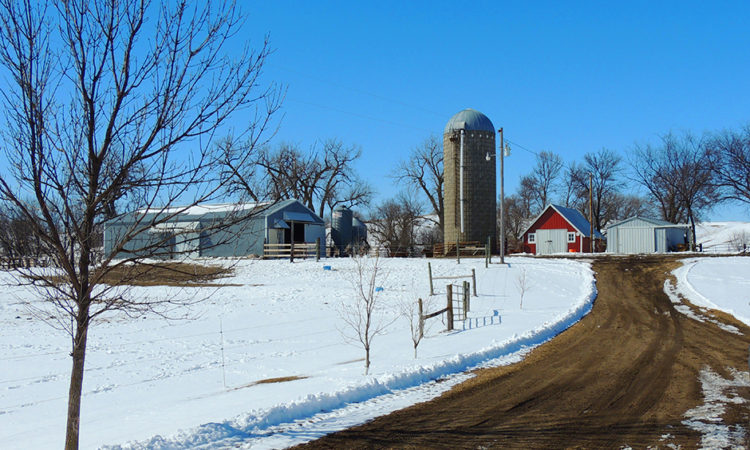 What the Loss of Rural Democrats Means for the DFL

A recent shakeup in the state Legislature raises questions about the future of agriculture policy in a Democratic party increasingly made up of lawmakers from the Twin Cities metro.
By Walker Orenstein
November 12, 2020

Minnesota Republicans ousted another group of rural Democrats in the 2020 election, widening an existing geographic divide between the parties. But the GOP victories in outstate Minnesota also had a lesser noticed side effect: fracturing DFL leadership on farm policy.

The defeat of U.S. Rep. Collin Peterson, who chairs the federal House Agriculture Committee, was the most high-profile example. But the DFL also lost state Rep. Jeanne Poppe of Austin, who chairs the Minnesota House Agriculture and Food Finance and Policy Division, and the party has likely lost state Rep. Jeff Brand of St. Peter, who is vice chairman of that committee.

At the Legislature, the shakeup raises questions about the future of agriculture policy in a DFL party that is increasingly made up of lawmakers from the Twin Cities metro area. It has also left Democrats like Poppe frustrated over the party’s inability to gain traction in Greater Minnesota and a campaign she said had little to do with her record — or with agriculture.

A record that didn’t resonate

Coming into the November election, the DFL held 75 of the House’s 134 seats. Republicans gained ground, likely picking up five seats, three of which are in Greater Minnesota. The GOP already represents a large majority of House districts outside of the Twin Cities metro and has won many outstate Senate seats since 2016.

In an interview Monday, Poppe said she had a successful run leading the ag committee, touting a state infusion of $8 million in 2019 to help struggling dairy farmers. Those results were recognized by the ag industry and business interests, too, she said. Poppe was endorsed this year by the Minnesota Farm Bureau, the Minnesota Farmers Union, and the Minnesota Chamber of Commerce. She also earned the backing of many unions, including the Minnesota chapter of the Laborers’ International Union and the teachers union Education Minnesota.

“Right now I think there’s a lot of farmers that feel we kind of don’t have a lot of champions for agriculture out there,” said Kevin Paap, president of the Farm Bureau. “Certainly Jeanne was a champion for agriculture.”

There was one endorsement, however, that Poppe did not win or seek, but said she should have: The Minnesota Police and Peace Officers Association.

Poppe said her campaign became not about her record on what she sees as key rural issues, such as ag policy, but rather about local fear of unrest in the Twin Cities spreading to southern Minnesota, Trump’s presence on the top of the ticket, Gov. Tim Walz’s mask mandate and other COVID-19 public health restrictions. Trump won Poppe’s House district by more than 8 points in 2016 and more than 6 points in 2020.

“I’d say ag policy wasn’t strongly talked about,” Poppe said. “To be honest with you, I was effective, I was successful, I was good at my job … I don’t think I did anything wrong that would have changed this election but it was just the timing was off and the tide had shifted.”

Mueller, who beat Poppe, said she generally heard farmers say they were frustrated by what they see as overregulation of agriculture and wanted to sync the state tax code with federal law to bring savings on equipment purchases for farmers and small businesses.

The tax tweak, known as Section 179 conformity, was championed by many in the GOP and approved by the Legislature in October. Mueller said voters were even “appreciative” of Poppe’s work on the ag committee.

Yet Mueller said the election largely hinged on other issues, such as gun regulation — Poppe had a “C” rating from the National Rifle Association — Mueller’s MPPOA endorsement and voters not wanting to see police departments dismantled or “unrest come here.” (For the record, legislative Democrats did not try to defund or dismantle police, and Mueller said she does not believe there would be riots in Austin had Poppe been elected.)

“I was a brand new candidate and one of the things that I heard the most when I was going around talking to the voters was they just really wanted to find a representative that was going to represent them instead of the Metro,” Mueller said. “They had felt that Poppe had kind of maybe moved more to the extremes.”

Democrats, farm interests wonder how to break through

Losing Poppe and Brand leaves Democrats with two rural members of the party on the ag committee: Rob Ecklund of International Falls and Todd Lippert of Northfield. House leaders have not assigned committee posts for the upcoming 2021 session yet, however, so that could change.

Poppe said the House DFL has “become more of a Metro caucus.”

“It just means it’s more challenging to kind of bring forward the message about what the needs are in rural Minnesota,” she said.

Still, Poppe said she’s not worried rural issues or agricultural issues will get short shrift in the House. She said the party wants to deliver good schools, roads and bridges, more broadband internet and more housing — all things people in rural areas need. And Poppe said House Speaker Melissa Hortman, DFL-Brooklyn Park, has been a champion for farmers, even winning an award from the Minnesota Milk Producers for securing the money for the dairy program.

More suburban and urban members will just have to get more engaged in rural issues, Poppe said. She predicted the intersection of climate and environmental policy and farming could draw interest, such as promotion of ethanol, as well as the presence of major companies like Cargill and Land O’Lakes in the suburbs.

“I’m not worried about it,” Poppe said. “We are the Democratic-Farmer-Labor party. Probably emphasizing the farmer part and the labor part a little bit more strongly into the future, that is incumbent on all of us who are part of the DFL party.”

Paap, the Farm Bureau president, said his organization doesn’t necessarily want to be the center of attention for people deciding which way to vote, but he said it’s concerning there are “considerably fewer rural Democrats” that could chair the House ag committee. Poppe was the group’s “conduit” to other House Democrats to help them understand agricultural issues, Paap said.

Paap said his organization will also have to work to engage metro-area lawmakers with issues like climate change and food security. Ultimately, he said he wants the next leader of the ag committee to be transparent and “willing to listen to everybody.”

But ultimately, Wertish said Poppe’s endorsements from ag groups were drowned out by “fear politics” in which Republicans accused many DFLers of wanting to defund police. Making more of an impact will be a focus for farm groups, Wertish said, and he urged lawmakers to make policing reforms and get past using the issue as an election wedge.

“If the race would have been decided on agriculture both of them would have easily won because of their track records and working across the aisle,” Wertish said of Peterson and Poppe.