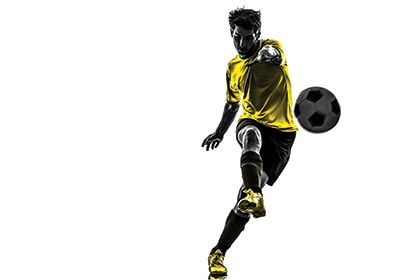 Loons' boom times come as Minneapolis is said to be among cities vying for final expansion site.
October 01, 2014

Minnesota United FC is trying to get your attention. Last spring, TCB reported on the club’s overhaul, led by Dr. William McGuire, former CEO of Minnetonka-based UnitedHealth Group. Over a year later, the team is determined to be treated like the professional sports organization it is.

MN United has doubled its marketing budget since 2013 and grown its front office staff from 4 to 37 people says Nick Rogers, its president. A new training ground attached to the Bielenberg Sports Center in Woodbury is under construction and includes a 7,500 square-foot facility for the team’s exclusive use, along with use of a new 90,000-square-foot indoor field house. The club has increased the amount of money spent on player contracts—many competitive with wages offered by Major League Soccer, says Rogers, though he declined to elaborate.

That investment in operations, talent and marketplace visibility has translated to increased attendance. As of press time, MN United’s average attendance for the 2014 season had risen 51 percent. It doesn’t hurt that the team has been winning—it claimed the spring league championship and a spot in the overall playoffs in November.

“We’ve got a competitive owner; even winning isn’t always enough,” Rogers says. “There’s an urgency to keep improving everything. There’s no complacency.”

MN United’s 2014 season also featured showpiece matches increasing exposure to the general public. On Aug. 2, 34,000 attended an “international friendly” match between English champions Manchester City FC and Greek champions Olympiacos at TCF Bank Stadium, which was followed by a regular-season MN United home game. While Rogers denies that the match was any kind of “litmus test,” a soccer match on par with it hadn’t been held here since the 1970s.

And the talk continues about a Major League Soccer franchise. Speculation continues about Vikings ownership and a new stadium, or the potential for a soccer-specific stadium near Target Field (and a rumored alliance between McGuire and the Pohlad family). Major League Soccer is looking to expand to 24 teams by 2020, and only one remaining expansion franchise remains to be granted. Rogers insists his horizons are pragmatic.

“We’re not about what league we’re in, we’re about the club,” he says. “We’re certainly paying attention, but we’ve never said that our goal is to bring the MLS here.”

2018-2020 – Minneapolis, Sacramento, San Antonio, St. Louis and Las Vegas are said to be in talks with the MLS for the 24th and final spot. Expansion fees currently range from $70 million to $100 million.