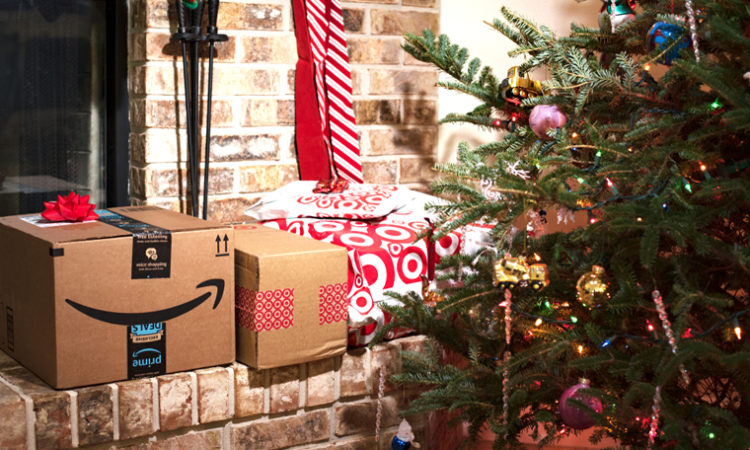 Amazon has already been collecting and remitting sales taxes on purchases in Minnesota because it has physical presence here: its fulfillment centers.

What Happened to the Internet Sales Tax Windfall Minnesota Was Going to Collect?

When the U.S. Supreme Court overturned 50 years of precedence and allowed states to collect sales tax on “remote sales” of taxable products, some policymakers and politicians thought they sensed a windfall.

The growth of such sales — primarily via internet companies like Amazon, Wayfair and Overstock — had been blamed for flattening or falling state and local sales tax collections, while “brick-and-mortar” retailers who had physical locations and once anchored consumer commerce, complained that they were at a price disadvantage.

The court agreed, and after its ruling in South Dakota v. Wayfair earlier this year, states began crafting the rules and creating the systems to collect from remote sellers, Minnesota included.

But the revenue forecast released on Dec. 11 contained some bad news for those anticipating a Wayfair windfall. There isn’t one.

Yes, officials project the state of Minnesota will collect about $70 million between October and the end of the current two-year budget period. That new money, however, isn’t enough to compensate for collections from the existing sales tax system that haven’t met projections. “It’s a complicated story that’s not quite what people might have expected,” said state economist Laura Kalambokidis.

Minnesota Management and Budget reduced its expected sales tax haul by $120 million since its last forecast, in February 2018. Had the Wayfair case not been decided in favor of state and local governments, that decline would have been even steeper: $190 million.

“The positive revenue impact of the Wayfair decision is incorporated into our sales tax forecast,” Kalambokidis said. “It’s just that there were some forces moving in the other direction that lowered the sales tax forecast released in February more than Wayfair added. So if nothing else had changed, then you would just have the Wayfair impact and it would look like a positive forecast change. But other things changed too.”

The state still expects to collect $11.14 billion from its sales tax by the end of the biennium, it’s second largest source of revenue behind individual income taxes. But because of declining sales tax collections overall, there is no “found money” for lawmakers to decide how to spend. Internet sales tax collections instead seem to be doing what they are intended to do: capture some of the sales that are migrating from in-state retailers and other taxable transactions to remote sites out of state.

Looking out to the next biennium, the one that begins July 1, 2019, the sales tax is projected to bring in $12.02 billion. That is only slightly less, $5 million, than was forecast last February.

Kalambokidis stresses that sales tax collections aren’t going down overall. The latest forecast is simply showing them to be somewhat lower than was projected the last time the state released a forecast.

That said, several factors are impacting the state sales tax. Wayfair is a positive change since February, she said. But other factors are reducing collections, including higher-than-projected refunds to tax-exempt transactions, especially an increase in refunds for what are called “qualified data centers,” better known as cloud computing server farms. The increase came after the Department of Revenue reviewed the program and the claims for refunds.

The uncertainty surrounds how quickly firms realize they have to register with the state and remit the tax. “So we won’t know for quite a while whether these estimates for the revenue impact of Wayfair are right,” she said. The office of management and budget will make another adjustment at the next forecast in February.

Estimates for what the new tax collections would bring in vary substantially, from $20 million to a few hundred million. Amazon has already been collecting and remitting sales taxes on purchases in Minnesota because it has physical presence here: its fulfillment centers. But Amazon Marketplace, which Amazon manages for sellers of products not owned by Amazon, might not have been remitting sales taxes until after the court decision, Kalambokidis said.

Sen. Roger Chamberlain, the Lino Lakes Republican who chairs the Senate Taxes Committee, said the state already had the authority to begin collecting taxes on remote sales once the Supreme Court ruled, so no action is needed by the Legislature.

“There might a few things we have to tweek in there to clarify certain things to make it more workable,” he said. “But it’s ongoing, [the Department of Revenue] started it.”  He said he supports the new taxing regime permitted by the Supreme Court.

“We look at those internet platforms as high-tech shopping malls: the Amazons, the eBays,” he said. “I have always looked at it as an issue of fairness for brick-and-mortar [retailers]. You’re benefiting from Minnesota’s legal structure and infrastructure to deliver your goods, you therefore owe something for that protection and that service we provide.”

Like South Dakota and most other states, Minnesota exempts the smallest retailers. Those with fewer than 100 sales into the state or 10 or more sales that total $100,000 or more don’t need to register or comply.

In the Wayfair case, the Supreme Court voted 5-4 to overturn not one but two previous rulings that required a business to have a physical presence in a state to be required to collect state sales taxes.

Justice Anthony Kennedy wrote the majority opinion in Wayfair, agreeing that the system harms brick-and-mortar retailers. “Remote sellers can avoid the regulatory burdens of tax collection and can offer de facto lower prices caused by the widespread failure of consumers to pay the tax on their own,” he wrote.

Kennedy wrote that the rule actually created an incentive for retailers to avoid bringing physical facilities to a state — stores, warehouses, sales offices — so as to avoid having to collect taxes from that state’s residents.

A dissent written by Chief Justice John Roberts and joined by some of court’s most liberal members, agreed the physical presence rule had been wrongly created. But Roberts also asserted that Congress, not the court, should reconsider the physical presence rule, and that the case wasn’t worthy of the rare occurrence of overturning court precedence.

“This is neither the first, nor the second, but the third time this Court has been asked whether a State may obligate sellers with no physical presence within its borders to collect tax on sales to residents,” Roberts wrote. “Whatever salience the adage ‘third time’s a charm’ has in daily life, it is a poor guide to Supreme Court decision making.”

The minority also worried that disrupting a rule that had been the basis of the explosion of e-commerce could negatively impact that industry. “E-commerce has grown into a significant and vibrant part of our national economy against the backdrop of established rules, including the physical-presence rule,” Roberts wrote. “Any alteration to those rules with the potential to disrupt the development of such a critical segment of the economy should be undertaken by Congress. An erroneous decision from this Court may well have been an unintended factor contributing to the growth of e-commerce.”