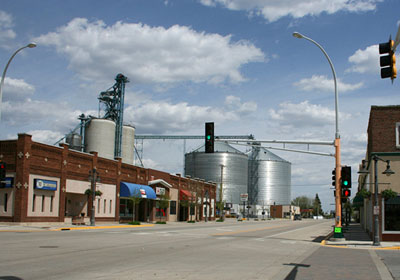 What Greater Minnesota Got Out Of The 2015 Legislative Session

Addressing the needs of Greater Minnesota was supposed to be a priority this year. But groups representing rural parts of the state are giving the 2015 session an incomplete.
June 05, 2015

It was the morning after the November 2014 election, and soon-to-be Speaker of the House Kurt Daudt was excitedly introducing the freshly-elected members of his new Republican majority caucus, many of them from the far-flung regions of the state. It was because of those members that Republicans had regained control of the chamber after two years, knocking out 10 DFL incumbents in districts outside of the metro area.

Like he had done many times on the campaign trail, Daudt criticized the DFL majority party for “leaving Greater Minnesota behind.” And he promised Republicans wouldn’t do the same.

Daudt wasn’t alone in making such pledges. Early in the legislative session, Senate Majority Leader Tom Bakk, a Democrat from Cook, echoed the House leader’s sentiments, saying the rural parts of the state were not recovering from the recession as fast as the metro area. Both parties rolled out packages of bills designed to help.

But more than five months later, groups representing Greater Minnesota are giving the 2015 session an incomplete.

Some of their top priorities — fixes for roads and bridges, increased Local Government Aid for cities and tax credits to help spur investment in housing for middle-income workers — fell apart in the session’s final days as Republicans and Democrats hit an impasse over a tax bill and a long-term transportation funding package. Groups are also lamenting the loss of a bonding bill and a funding package to spend dollars from the Legacy amendment, which ran out of time in the hurried final moments of the 2015 session.

“It would be hard to paint it as a big win for any one group or a geographic area,” said Dan Dorman, a former Republican legislator and current executive director of the Greater Minnesota Partnership. “There were some small victories, sure, but with the tax bill going away we lost a lot.”

DFL Gov. Mark Dayton has vetoed an education passed by the Legislature and plans to call lawmakers back for a special session, and Dorman, like many others, hopes that some of their proposals could be revived this summer. “Special session might be the chance to turn it into the Greater Minnesota session that was talked about five months ago,” he said.

Some bright spots
The way Daudt sees it, there were still significant victories for Greater Minnesota in the final budget deal. Most notable is a provision he personally considered a top priority: Changing the way nursing homes are reimbursed.

Nursing homes currently get reimbursed by Medicaid in a combination of state and federal dollars, but with budget cuts over the years, the reimbursements haven't kept up with inflation. The proposal that passed the Legislature would pump $138 million in state money to pay for higher nurse salaries.

“This is something that will make an unbelievable difference for our long-term care facilities, particularly in Greater Minnesota,” Daudt said. “In many of those smaller towns, many of these long-term facilities are the largest employer. They are now going to be able to pay their employees a competitive wage.”

Dorman says the nursing home funding is a good thing, but it’s not specifically targeted toward Greater Minnesota. Nursing homes across the state will benefit. “Saying long-term care for Greater Minnesota, that’s like people saying education is a metro issue,” Dorman said.

Other areas got some funding, but nothing near what groups were hoping for during a session with a nearly $2 billion budget surplus:

Marty Seifert, a former Republican House minority leader and now a lobbyist with the Coalition of Greater Minnesota Cities, said there were other positive policy developments for Greater Minnesota, including a requirement that the Minnesota Pollution Control Agency get an independent peer review and cost-benefit analysis of all new water quality regulations. Environmental groups opposed the changes, which they said would put politics into a scientific process, but Seifert says it could help local governments save money on multi-million dollar water treatment overhauls.

“For the biennium, I think the grade is still incomplete,” Seifert added. “We want to see how special session goes and we have big hopes for 2016.”

For legislators, a mixed bag
For freshman Rep. Peggy Bennett, a teacher and a Republican from Albert Lea, the final result was a mixed bag, but she’s mostly pleased with what they were able to pass this session.

“Did we get everything done or everything we wanted? No, but that’s probably never going to happen,” Bennett said. “No one ever gets everything they want.”

She ticked off a number of accomplishments: She’s pleased with the new nursing home funding, a teacher loan forgiveness program that she says will help recruitment in rural Minnesota, and $100 million put toward keeping tuition costs down at Minnesota State Colleges and Universities (MnSCU) campuses.

Many rural Republicans ran on fixing roads and bridges in outstate Minnesota, but Bennett counted blocking a DFL proposal to raise the gas tax and other fees to pay for roads and bridges as a victory for rural Minnesota communities. “I see that as incredibly harmful to Greater Minnesota, especially low and middle income people,” she said. “I heard from many people: Don’t raise the gas tax, it will kill our area.”

But Rep. Paul Marquart, DFL-Dilworth, said more money should have been put into higher education for full tuition freezes at MnSCU and University of Minnesota campuses, rail safety and transportation immediately. And without additional money for LGA, Marquart said property taxes will increase in the next two years.

“At some point, they decided we are going to put all of our eggs in the big tax cut basket, and I think when they did, rural Minnesota interests went out the door,” Marquart said. “At that point you couldn’t do education like you wanted, and freeze tuition, and because they were doing that, we lost the transportation bill too.”

“There was so much rhetoric from the Republicans saying this was going to be the rural Minnesota session, and there were all these high hopes. And, I tell ya, when you look at what happened, it was a big flop.”