What Does Wealth Management Mean To Millennials?

What the smartphone generation wants to do with their money.
October 10, 2015 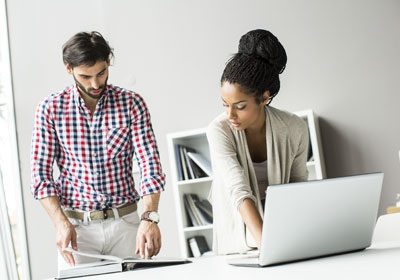 Millennials are everywhere. They’re in the workplace, they’re on the Internet, they’re standing in front of you in line to buy coffee. Maybe they’re even in your own family. But what exactly is a millennial?

Clearly, millennials have jobs. But do they have a long-term financial plan for their money? Wealth managers are starting to see the first wave of millennials as clients, and a few trends are emerging.

While some commonly held stereotypes depict millennials as people who are still living with their parents, the generation is slated to ultimately inherit a dizzying amount of assets. Industry estimates forecast that millennials are slated to inherit $30 trillion over the next several decades from their baby boomer parents.

Minnesota native Sormeh Mahjouri moved to the Bay Area of California about a year ago. Mahjouri previously worked for med-tech giant Medtronic, but now does health care-related consulting for a technology company.

She turns 30 years old in October and just a few months ago began working with one of the advisors at Bloomington-based Olson Wealth Group. She started working with the firm after getting a referral from her parents, who have been clients there for more than 10 years.

Mahjouri says that she started investing four years ago and has some stock holdings and a 401(k) plan.

Given her own experience coming of age during the recession, she acknowledges that she was initially wary of investing in the stock market.

“Since I’ve become an adult, I’ve only known a bad economy,” she says. “I tend to be more conservative in my investment strategy.” But she adds that she’s getting more confident in investing.

She says that socially responsible investing is important to her and that she looks for companies that are in alignment with her own values.

But in contrast to some millennial stereotypes, Mahjouri says that personal contact with her advisor is very important to her. She usually holds teleconferences with her Minnesota-based advisor and says that the personal connection means more than using an app or an online portal.

“I’m close to Silicon Valley, I’m surrounded by technology. I can’t tell you how important the human interaction from Olson Wealth Group has been for me,” says Mahjouri. “I don’t think there’s any substitute.”

“It’s a big deal. It’s a big shift. Millennials are the largest generation in history,” says Sharon Olson, founder and principal of the Bloomington-based Olson Wealth Group, of the looming inheritance for millennials. “There is a need for our industry to be more cognizant of millennials. They’re going to change the way we do business going forward.”

Olson notes that millennials have a greater interest in the values underpinning the companies in which they invest.

“They tend to think more broadly about creating a more meaningful life for themselves. About 25 percent of millennials invest in socially responsible funds,” says Olson. “They really do see themselves as stewards of family money.”

At the same time, Olson notes, many millennials came of age during the economic tumult of the recession, which has had a lasting impact on their financial views and has instilled a sense of caution in many young prospective investors.

“They probably don’t have as much trust of more traditional advisors,” reflects Olson. “They are less concerned about how many years you’ve been in business or what your degrees are.”

Many wealth managers see the economic hangover of the recession as a defining theme for millennials.

“What we are seeing with the millennials, which I think is a direct result of their experience with the recession, is they are very, very focused on financial security. They are very cautious,” says Beth Jackson, market executive for the Minneapolis office of U.S. Trust. “They want to make sure that they are financially secure and comfortable before they take what they would consider to be excessive risk.”

U.S. Trust works with families with a net worth of over $3 million. U.S. Trust is the private wealth management arm of North Carolina-based Bank of America, which acquired U.S. Trust in 2007.

Jackson says that most millennials whom she works with are connected to families who are already clients. “We work with multiple generations,” says Jackson. But Jackson sees millennials as “sponges for information,” and likely to do independent homework on investments.

“I see this generation almost being more concerned about being fiscally prudent at a younger age,” says Jackson. “They’re hungry for information, they’re students of information.”

Peg Webb, senior vice president and financial advisor for the Plymouth-based Wealth Enhancement Group, says that many millennials want online options, but that the industry has lagged behind.

“The industry is still trying to figure out how to create comprehensive financial planning online,” says Webb, who works in the firm’s Burnsville office.

The historic industry model calls for clients to travel to their financial planner’s office once or twice a year to meet face-to-face. But Webb says that younger clients sometimes see that as a waste of time—and are also more skeptical of management fees.

“The average age of a financial advisor is something like 52 years old nationally. I feel like these millennials see us as their parents,” says Webb. “Young people don’t necessarily value advice that they could get from a financial advisor. What I’m seeing is a lot of them are a little bit conservative for their age.”

Webb, like Jackson, says that her millennial clients today are primarily the children of existing clients. So far, she says, the wealth management industry has not been marketing itself to members of Generation Y, as millennials are also known.

Webb notes that many younger people don’t think about financial planning because they don’t yet have much money.

“They’re not coming because they don’t feel like they have enough net worth,” says Webb of younger potential investors.

But Webb says that it’s never too early to start planning.

“The first question is: What’s important to you? Then it will lead towards what are your goals. A lot of these kids are highly educated. I just feel like they’ve been in school for 20 years, if not more,” says Webb. “Starting young is the time to start.”

Bloomington-based JNBA has a technology task force that’s helping the firm to upgrade for the next generation.

“We know that the millennial is our next clientele,” says Carin Viertel, JNBA’s director of client services. “We know who our future clients are going to be. What kind of platform and tools can we offer clients?”

Viertel says that part of the challenge for the industry is striking a balance between a personal touch and new technology.

There’s a human element in wealth management, she says. “I think what the industry is working through, if you’re isolating this millennial group, is what’s the amount of human interaction and how can an organization deliver the right amount that’s going to help people,” says Viertel.

Viertel has also encountered a reluctance among millennials to meet in person, preferring to use more convenient means that technology offers.

“They want to have a phone call, or they want to Skype. We’re flexible, so we’ve been adapting,” says Viertel.

But the expectation of 24/7 access can translate into some late phone calls for some financial advisors.

“It’s an era of people who are very busy. They want kind of 24-hour access to their advisor,” says Anne Bjerken Paape, a shareholder and estate planner at Minneapolis-based Gray Plant Mooty, who notes that she took a phone call from a client at 11:30 one evening.

But at the end of the day, Paape says that she agrees with other advisors who see millennials as very interested in where their money is going.

“Not every single one of them, but more and more the young people that I work with care more about the socially responsible side of investing,” says Paape. “More young people tend to ask about the types of investments that they have and what that means for the world.”

Ben Marks, president and chief investment officer for the Minnetonka-based Marks Group Wealth Management, is wary of talking about millennials as though they are some completely alien life form.

“Is this generation any different than how our parents looked at us when we were that age?” asks Marks, 55, who has been in the financial planning business since 1982.

“I hear these stereotypes about millennials: that they’re not as entrepreneurial and they’re not as motivated. I really don’t know that there are as many differences as people try to connect the dots to,” reflects Marks. “There are more similarities than differences between investors in how they make decisions and how they decide who they’re going to work with.”

Marks acknowledges that less than 10 percent of his own clients fit into the millennial age bracket. But Marks does see one trait that other advisors have seen among younger investors: a conservative approach, tempered by the hard lessons of the recession.

“We were in conversations with a young millennial who had recently sold his business, and he was ultra-conservative with his money,” recalls Marks. “He spoke with very similar investment objectives to a lot of our 60-year-old clients.” TCB