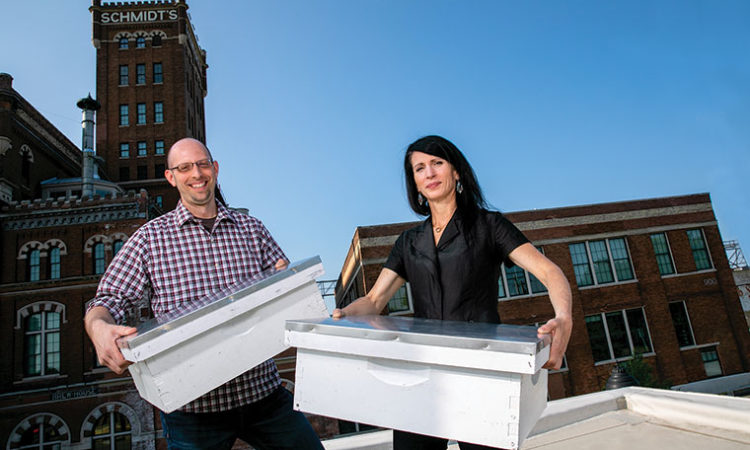 The former management offices of the historic Schmidt Brewery in St. Paul are once again open for business after sitting dormant for nearly 20 years. From honey-based skin care brand Worker B, the new Worker B Wellness, next door to Keg & Case Market, is a national trailblazer. Mad Men-era office details have been replaced with a beeswax ceiling and concrete hexagonal floor tiles, in a space now dubbed the “beeswax meditation room.”

Its creators are aware of only a dozen other beeswax rooms in the world. Just about every treatment, from facials and massage to float-tank therapy, connects to bees. That includes products used for skin treatments, the rooftop beehives coming in the spring, and air from the beehives that will then be pumped into the meditation room. (It’s said to reduce respiratory inflammation—one of the benefits of the alt-medicine branch known as apitherapy.) 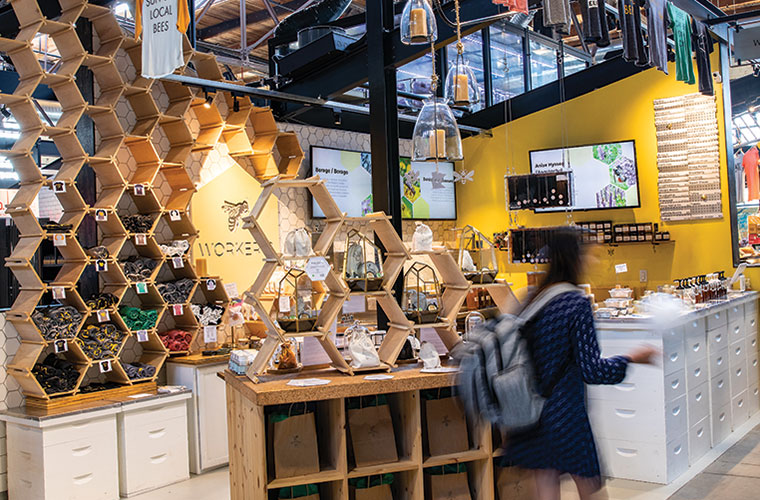 For a small local company with no outside funding, the investment to build a spa in a historic building is “huge,” as co-founder Michael Sedlacek describes it—and so is the risk. But Worker B is prioritizing its “Support local bees” mission over easier paths to expansion.

Worker B got its start making skin creams and balms that contain locally sourced raw honey, beeswax, and propolis—a resin-like material made by bees that is used in treating eczema. The line is sold online and through a few dozen stores nationwide. But Worker B hit its stride selling direct to consumer, first at farmers’ markets and pop-up shops, and now through its store at Mall of America as well as a booth at Keg & Case. Sedlacek says sales are split almost evenly between skin care and honey, made locally by Worker B and other small-batch producers.

Worker B is eyeing retail expansion into a few tourist-heavy spots around the country. But rolling out 100 retail stores is not in the business plan. Instead, says Sedlacek, who founded Worker B in Minneapolis nine years ago with Liesa Helfen and Mike Helfen, “we want to be in a position to improve people’s quality of life and do it in big settings.”