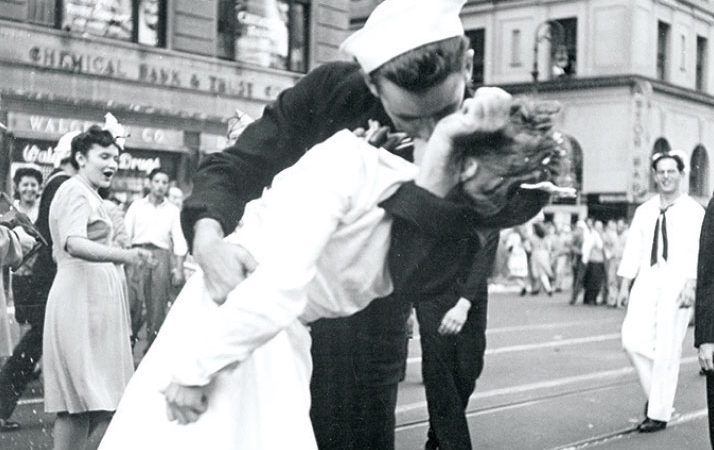 We Need the Greatest Generation Again

The Greatest Generation showed us how much can be accomplished when we're united.
March 01, 2019

Dear Mr. Brokaw:
Last month, I attended the funeral of the father of a close business associate. At age 97, he was a member of, as you would put it, “The Greatest Generation.” Approximately one-eighth of the entire U.S. population was involved in the World War II effort, and over 16 million served in the armed forces. It is estimated that less than half a million still survive, and they are leaving us at the rate of 350 per day. We rightfully celebrate this generation—those born between 1910–1925—as having won the war and secured the peace. They did a lot more besides that.

It was called the Great Depression because it is the worst and most sustained financial collapse in our nation’s history. Jobs were scarce, food was scarce, and hope was hard to find. This experience instilled in members of that generation a lifelong commitment to thrift. A true story: A family member who is a member of the Greatest Generation had been battling cancer and had experienced a number of lengthy hospital stays. When her daughter asked her what she could do for her at the hospital, she replied, “Validate your parking.” She was a bargain hunter and coupon clipper to the end.

Another bargain was the G.I. Bill (of Rights), which made it possible for veterans to attend college and buy their first home. It is estimated that nearly 8 million World War II veterans took advantage of the educational benefit. Historian Ed Humes records that the G.I. Bill provided the education for 14 Nobel Prize winners, three Supreme Court justices, three presidents, a dozen senators, and more than two dozen Pulitzer Prize winners. The Greatest Generation changed America in other ways, too.

Men and women who had for the first time in their lives served day to day next to other men and women of different races, religions, and nationalities were not likely to go back to a society separated by the same racial and ethnic walls. And so the work started by Abraham Lincoln was completed by the Greatest Generation: the Civil Rights Act of 1964. America was changed from a largely rural and agricultural nation to a vibrant, urban, and industrial society.

It is often said that we are politically divided between the right-of-center and the left-of-center political movements in our country. But that means there is a center from which all political movements can be measured. America used to be defined as more than a geographical location, and it can be again. This will not be accomplished with the current administration, unless one believes that Ronald Reagan will come back, point his finger at President Trump, and intone: “President Trump, build up that wall.” Rebuilding the American experience will take time but should involve the following steps:

We should rebuild the quality of public secondary education, because if we do not, we will run out of skilled employees and shared democracy. Education would be a great place to start, but it’s not the place to end.

What Americans had in common was the shared experience of the military draft and mandatory armed forces service in times of need. We abolished the civilian draft in 1973. It should be reinstated for all Americans ages 18 to 25. In times of need, our military should be made up of citizens, and in times of peace, the citizens can perform useful community service both at home and abroad. A shared and mandatory requirement of citizenship will help to build a common American experience.

We need shared cultural values. Identity politics, political correctness, me too-ism—none will get us to that place. The ideal, and one taught to me in fourth grade, is America as a melting pot. We do not need Americans first defined by class, color, or religion. This requires that we all speak a common language. The move in certain quarters away from the use of the English language is unwise. One cannot have a shared experience if neighbors cannot talk or understand each other.

But the need for a common American experience goes beyond common culture and a common language. We have to confront the immigration issue. We cannot have a just society, or a fully functioning economic society, with 11 million people treated unfairly and with impunity because they are “illegal.” People who have lived and worked in this country for a specified period should receive citizenship. The so-called DREAMers, children raised in this country who know no other culture or country, should become citizens. And our asylum laws—the way people enter the country, and the way people become citizens—should be carefully reexamined. For starters, the H-1B visa program should be expanded so that those who have provable skills and employment have an easy track to citizenship. We are not an empty country and cannot absorb increasing numbers of refugees fleeing chaos, despotism, and the growing devastation of climate change. A coherent and effective policy would do much to protect our country.

We have learned from the example of the Greatest Generation that we work best as a country when we’re united. And so, as you attend funerals of members of our Greatest Generation, think of our need to reward hard work, treat our neighbors as Americans and nothing else, improve skills and education, and assume the responsibility of reestablishing common American values.

Vance K. Opperman
In debt to the Greatest Generation