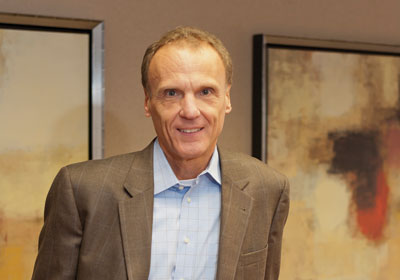 Virteva Helps IT Customers Manage Data, Wherever It Goes

Virteva guides its clientele into a world where “IT is getting personal” and decentralized.
January 01, 2013

At the end of the last millennium, Tom Kieffer was one of the leaders of the emerging Twin Cities IT scene. Since then, that scene has changed—and Kieffer has changed his business with it. His St. Louis Park–based company, Virteva, Inc., is guiding its clientele—midsize businesses, along with a few larger ones—into a world where “IT is getting personal” and decentralized, Kieffer says. More and more essential business data is being moved away from “on-prem” (that is, on-site), servers not only onto the cloud but onto employees’ personal devices.

“IT is all part of who each of us is,” Kieffer says. What’s more, “people want to get to their stuff from wherever they are.” But as IT becomes more consumerized through smartphones, laptops, and tablets, and as these devices interconnect with company data systems, security risks grow. Businesses, especially smaller ones with smaller tech departments, have less control over where their data goes. Helping businesses manage those risks is where Kieffer and Virteva have found success.

That success didn’t come overnight. Virteva grew out of Agiliti, Inc., the business Kieffer sold in 2005 to VeriCenter (since acquired by Houston-based SunGard). Agiliti anticipated that business software would increasingly become an as-you-need-it business. Companies could “rent” software over the Internet rather than own it, which would translate into lower IT costs.

“We were, oh, 10 years too early,” Kieffer says, “although we ultimately did make a success out of Agiliti out of what I’d now call the legacy hosting model, where we would take people’s servers, put them into our data center, and manage them. That was a big step toward where we are today around what we would call cloud IT: the concept that you can buy what you need more or less on demand.”

VeriCenter found that it didn’t need Agiliti’s IT consulting group and spun it off. That became the genesis of Virteva, which focused on consulting during its first three to four years. Over time, says Kieffer, who became Virteva’s CEO in 2009, “there was this steady inflow of people saying, ‘I’m having trouble with my tablet, I’m having trouble with my smartphone, my laptop computer, whatever.’ It finally occurred to us that they were all defining the same problem.”

Kieffer defines the current evolving IT model as “the three clouds.” Cloud one—what most people think of as “the cloud”—sits on servers owned by the likes of Google, Amazon, and Rackspace. Cloud two consists of software offered over the Internet as services—think of Salesforce.com and Google apps. The third “cloud” is the interconnectivity provided by devices.

These days, about half of Virteva’s revenue mix comes from all three clouds. This consists of providing managed services, where Virteva provides “some type of outsourcing”—managing all or part of the customer’s IT set-up. The rest comes from IT consulting projects, mostly for midsize to large enterprises.

“We target what we think is a really big gap in the marketplace—a big opporwtunity,” Kieffer says. “If you think about the IT services marketplace as an inverted bell curve, on one end you have very small providers serving typically smaller companies . . . . On the other end, you have the very big—EDS, IBM, Accenture, those kinds of companies—serving the very big. And in the middle, very few providers that are targeted at serving what I’ll characterize as being 200 to, say, 3,000 users.”

Kieffer terms one of Virteva’s key outsourcing offerings “SelectSourcing”—in short, handling just one or two of a company’s IT needs. As Kieffer puts it: “Hey, you’re tired of taking out the trash? We’ll come in and take out the trash.” Over time, he adds, “we might wash your dishes and walk your dog.” This contrasts with the old outsourcing model, as Kieffer describes it: “If we can’t run the whole thing, we can’t help you.”

Virteva’s larger, high-profile customers include Minnetonka-based hospitality and travel giant Carlson and the Star Tribune. Among its midsize clients is Eden Prairie–based MakeMusic, Inc., a music technology company whose products include Finale music notation software and SmartMusic interactive software, which has outsourced its email administration to Virteva.

“Our core competency is building software projects, not running email,” MakeMusic Chief Technology Officer Paul Carlson says. “I’ve been trying to move anything that’s not a core competency outside to trusted partners.” Anything that’s more of a “commodity service” gets outsourced, he says. Virteva now also handles MakeMusic’s desktop support; Rackspace handles its cloud computing. Virteva, Carlson says, has “been great. We’ve done a lot of good things together.”

Kieffer sees more good things ahead for Virteva. “Frankly, if Virteva were just another IT consulting company, that wouldn’t be very interesting to me,” he says. “I’m an engineer, I’m an innovator; I like to be able to jump in and help shape things. We have the opportunity to change how IT is delivered in the marketplace.”