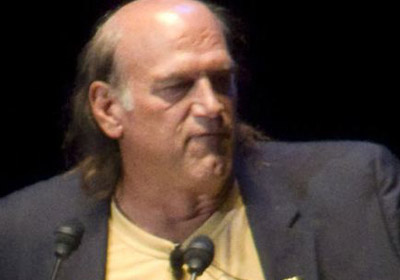 A jury on Tuesday awarded Jesse Ventura $1.8 million as the former Minnesota governor prevailed in his lawsuit against the estate of Chris Kyle, the late author of the book “American Sniper.”

The 10-member jury in the U.S. District Court trial in St. Paul had struggled to come to a unanimous decision. The jury sent the judge a message Monday saying they couldn’t come to an agreement, but he sent them back to try again. They reconvened Tuesday morning, their sixth day of deliberating.

Ventura wins. 8-2 vote, which was accepted by both plaintiff & defense via @msepic

Ventura was not in the courtroom when the verdict was read, nor was Taya Kyle, Chris Kyle’s widow, according to media reports.

Ventura’s lawyer David Olsen spoke to the former governor, and Ventura wanted him to tell the media that “there were no winners in the case” given that Ventura had been ostracized by a young new generation of SEALS.

Olsen said that he had been confident that the jury would rule in their favor, given the evidence, and so he was comfortable accepting less than a unanimous ruling.

He also stressed that the award money “does not come out of a widow’s pocket – it comes from an insurance company.”

There was no immediate word about whether there would be an appeal.

Nor were there immediate comments from jurors to reporters:

Ventura jurors decline to talk about verdict as they leave courthouse. I asked if they were told not to, one said they are choosing no to.

RT @JosephLindberg: Word is jury gave us the slip out back exit — we got a tad worked on that one.

At issue in the case was former Navy SEAL sniper Chris Kyle’s 2012 bestseller “American Sniper,” in which Kyle described a scene in a bar where he said he punched out another man he called “Scruff Face” in the book. Kyle later identified Scruff Face as Ventura. Kyle was shot and killed last year on a Texas gun range.

Ventura, a former pro wrestler and Navy veteran himself, who has gone on to become a TV personality, hotly denies that the fight ever happened. He sued Kyle’s estate, claiming the book anecdote harmed his reputation and caused him lost income.

Kyle’s widow cried on the stand at one point during the nine days of testimony in trial, asserting that her husband was not a liar.

Kyle’s lawyers had argued that many of Ventura’s controversial statements over the years did far more to harm his reputation than a story described in a few pages in a book.

Witnesses on the stand who were in the California bar that night in 2006 gave conflicting accounts of what happened.

Ventura testified that he doesn’t even know if Kyle was in the bar that night.

So what happened in the jury room? Here’s pure speculation from one observer, University of Minnesota law professor William McGeveran:

I guess 8 members of Ventura jury believed theory that Kyle told tall tale to begin with, it spread as truth, then he put it in the book.

More of my speculation on why lawyers wld accept split Ventura verdict: if defense thinks it has a shot of winning legal issues on appeal.