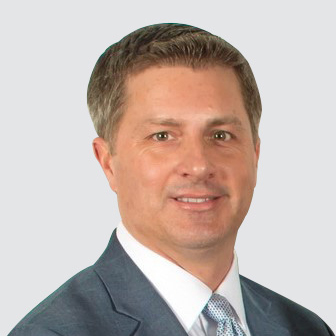 The company was drawn by a strong medical device business climate in the North Star State.
By Burl Gilyard
February 03, 2021

Minnesota is home to a new medical technology company. But it didn’t start here. The company, formerly known as Spinal Singularity, is relocating to the Twin Cities from San Clemente, California.

The company not only has a new headquarters: It also has a new CEO – Matt Monarski – and a new name: UroDev Medical. Monarski joined the company in November.

The company is starting out with a small, leased office in Edina.

“I talk about us now moving from a startup phase to a scale-up phase,” said Monarski. “We will be growing.”

The company’s device is a catheter for patients with chronic urinary retention. But UroDev’s device is designed to work significantly better than the average intermittent catheter. Monarski said that a patient might typically go through 200 regular catheters in a single month. UroDev’s IntelliFlow Bladder Management System requires only 1 catheter per week or 4 in a month.

The company is now facing its last hurdle before bringing the product to market. It is currently underway on its pivotal clinical trial. If all goes well, UroDev would then submit its 510(k) application to the U.S. Food and Drug Administration for clearance.

Monarski said that the company is hoping to secure FDA approval by the end of the year.

The company has previously raised about $13 million: $8 million through seed investors and a Series A financing round, plus $5 million in federal grants from the Department of Defense and National Institutes of Health.

The company will be seeking more capital.

“As we prepare to submit for 510(k) FDA clearance this year and transition to a commercial-stage company, we are engaging with existing and potential investors to lay out the groundwork to begin raising for our Series B financing round and expect to close before the end of the year,” said Monarski in a statement.

The company was founded in 2015 by Derek Herrera. While serving as a Marine Special Operations Officer in Afghanistan, Herrera was hit by a sniper’s bullet that entered through his shoulder and lodged in his spine, instantly paralyzing him from the chest down. Back home, Herrera was frustrated with the challenges of self-catheterizing himself every day. He figured that there had to be a better way.

Herrera describes UroDev’s product as the “first fully internal extended use smart catheter.” Using the system, patients can empty their bladder with the touch of a button on a wireless remote control. Herrera remains with the company as its chief technology officer.

Monarski brings deep experience in med tech to UroDev. He was previously senior director of global marketing for California-based NeoTract, where he spent nearly 9 years. NeoTract’s business was developing and making devices that offered a minimally invasive way to treat lower urinary tract symptoms. Monarski has lived in the Twin Cities since college, commuting to out-of-state jobs as necessary.

Monarski said that UroDev has also applied for designation in the FDA’s Breakthrough Devices Program. Devices that gain designation through the program get a prioritized review of their 510(k) clearance applications.

Monarski said that breakthrough designation could potentially allow the company to get to market sooner.

“We feel our chances are good,” said Monarski. “If we do get that designation that would move some things up hopefully for us, move up our clearance timeframe.”

UroDev isn’t the only California company to relocate to Minnesota within recent history; in October, cybersecurity firm Arctic Wolf announced plans to move its global headquarters from Sunnyvale, California, to Eden Prairie.