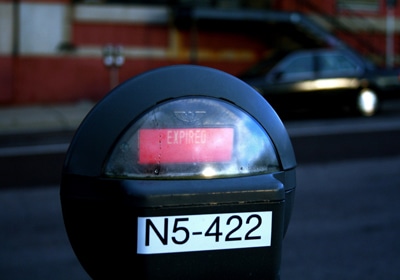 UPDATE: It’s been nearly a week since St. Paul mayor Chris Coleman and advocates were jeered and booed at a public meeting about installing parking meters on Grand Avenue. But the city has yet to offer any feedback.

On October 19, more than 300 people packed a forum hosted by Coleman to voice their opinion on the topic. It was held to hear the concerns of constituents, most of whom argue that parking meters would burden small businesses and diminish the area’s small-town appeal.

Coleman would not comment on if pay meters would ultimately be introduced.

“There was a lot of frustration in the room,” said Jon Perrone, executive director of the Grand Avenue Business Association (GABA). Perrone spoke that evening with a large contingent of the audience supporting him, but “didn’t think it was fair” for those on the other side of the debate.

Perrone said he expected a response from officials at this point. Instead, “per usual with this, we are asking questions still.”

If the parking meter are installed, members of the Grand Avenue community have proposed that GABA lead a recall election or a referendum to nix the meters next year. But many, Perrone said, currently feel powerless.

“I think that at the end of the day it was just more for the mayor and city council to say they had a process,” he said. “It was kind of a way to save face and say ‘we did what we said we were going to do, but we’re still going to jam it down everyone’s throats.’”

Officials for the city did not respond to requests for comment at the time of publication. The city council is expected to vote on the proposal next month, although no official date has been set.
— — — — — — — — — —

Through picket signs, petitions and rallies, the city of St. Paul has faced an onslaught of opposition from thousands of St. Paul residents over its proposal to install parking meters along Grand Avenue.

Vehement opponents of the city’s plan took part in a public forum on Monday night with Mayor Chris Coleman, not long before the City Council holds its own public hearing in late October or early November.

Joining Monday night’s conversation would be Grand Avenue business people such as Larry Frattallone, owner of Frattallone’s Ace Hardware & Garden, who contends meters have the potential to devastate businesses. “People tell me they love hardware stores and could be in them all day,” he said. “They want to look around until all of a sudden they have one thing in their hands, two things, three things. That’s gone if the meters come in.”

Roughly 800 to 1,000 customers a day shop at Frattlone’s two locations along Grand Avenue. Despite a number of off-street parking spots reserved for his customers, he finds that most Grand Avenue patrons are reliant upon street parking. Ultimately, Frattallone is confident that with the introduction of parking meters, a drop in his profits will follow suit. “That’s the big rub,” he said. “How many people will just go to Menard’s that live an equal distance away? If someone’s coming in for 20 cents worth of nuts and bolts, I figure people won’t shop at the place where they can’t supply parking.”

Being a St. Paul resident of the Summit Hill neighborhood off of Grand Avenue, Frattallone relies as much on the 25-blocks of shops as they do on him. “In those old districts in St. Paul, people are hurting when you take away their convenient hardware store.”

Frattallone argues the potential of residents’ small-town lifestyle being ripped away from them has induced talks of flight. Some Grand Avenue neighborhood residents like Frattallone are opting to move out of St. Paul altogether if the city moves ahead with its plan.

“I do think people will start fleeing,” said Jon Perrone, executive director of the Grand Avenue Business Association. “We’ve already heard from renters who have decided not to renew their leases because they do not know what will happen.”

Approximately 741 residential units exist on Grand Avenue, Perrone said, adding that businesses along this main corridor pay $8.9 million in property taxes annually. Combined with property tax from the residential community, the number then jumps to more than $25 million.

The city of St. Paul has said the cost to install the meters would be $700,000 with the expectation that it would generate $400,000 in annual revenue. However, the threat of flight by Grand Avenue neighborhood residents could reverse any monetary gains by the city, opponents argue. Perrone estimates that if property values near Grand Avenue are depreciated by as much as 1 to 2 percent, it ultimately is “a loss to put the meters in because the revenue is washed out immediately.”

Moreover, Perrone contends the city hasn’t made a strong case for why meters are needed.

In August, when Coleman first pushed the parking meter proposal in his 2016 Budget Address, he announced a plan “to identify one or more neighborhood commercial areas in which to pilot a new meter program in 2016.” The intended outcome, the mayor explained, was to incentivize “long-term parkers to move to ramps and lots, freeing up on-street parking for those patronizing local businesses, shops and restaurants.” At that time, he advocated for the advisory committee that worked on downtown St. Paul's parking management strategy to lead the charge on the pilot project.

But Perrone insists: “no one can say what happens to residential or property values on a mixed use area like this — it’s all downtown or Uptown commercial areas [that their studies cite].”

The Grand Avenue Business Association has requested that St. Paul conduct an independent study to determine the effects of adding parking meters along the street. Perrone pressed for this analysis during Monday night’s forum with the mayor.

“[City officials] are going to tell us that they have heard complaints and that they’ve had eight parking studies that say meters would be good,” said Perrone. “I’ve read through all of the parking studies and none of them have been conclusive that meters would help. It’s been an idea that has been talked about, but so have about 15 other ideas that didn’t come to fruition, like building more parking ramps and turning Lincoln Avenue into two-way parking.”

With the issue becoming such a hot topic, the Grand Avenue Business Association may turn to legal action depending upon the City Council’s decision. “We have residents who have offered to start up a recall campaign if it comes down to it,” Perrone said. “We are also looking at the possibilities of doing a referendum if we have to on the next election.”

Tonya Tennessen, the city of St. Paul’s director of communications, told TCB she would not comment on this issue, instead deferring to the statements Mayor Coleman would make at Monday night’s community meeting.