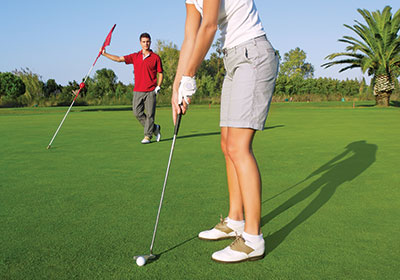 Corporations are still booking resorts for team-building and planning sessions, but many are more budget-conscious.
June 08, 2015

The business of hosting company retreats is on the upswing at Minnesota resorts. Many large corporations and private businesses that abandoned getaways during and after the recession are coming back, but with some changes.

Resort owners and meeting coordinators in some of northern Minnesota’s largest and most popular resorts report that those changes include:

Minnesota resort officials acknowledge that the days when the corporate retreat business would just roll in are long gone. Some have added amenities to adjust to the post-recession business meeting climate. Others have reduced the size of their meeting spaces or changed their marketing strategies.

Resorts have had to become more flexible in what they offer business guests, according to

Joe Lindholm, sales manager at Grand View Lodge in Nisswa. Getting corporations to spend enough money to give their employees a high-level experience has been Grand View’s greatest post-recession struggle.

“Our corporate groups are very budget-conscious,” Lindholm says. “They are not spending as much on receptions, employee gift baskets and other extras as in years past. We also work off of a complete meeting package and we do need to modify each package to meet the needs of each of our corporate clients.”

That demand for flexibility is being felt throughout the state’s resort retreat industry, according to John Edman, director of the state tourism office, Explore Minnesota. His office has found that many corporate and government meeting planners want custom retreat packages.

One of the Brainerd area’s best-known resorts is Madden’s on Gull Lake. It offers several types of housing choices and meeting spaces.

Resorts such as Grand View market their lodging, meeting spaces and outdoor amenities to businesses.

Horseshoe Bay Lodge in the Walker area has a variety of accommodations, from cabins to condos. It offers an event center.

“They’re looking for things outside of the normal classroom—more recreation time, more things that allow groups to come together,” Edman says.

Madden’s employs a recreation director, and its owner is very involved in deciding which activities to offer, she adds. Guests also suggest activities that the resort adopts for other groups.

Business retreats tend to occur in spring and fall, leaving the summer season for vacationers, according to fourth-generation resort co-owner Chris Ruttger of Ruttger’s Bay Lake Lodge in Deerwood. His parents, now in their 80s, remain part-owners.

Founded in 1898, Ruttger’s is located 18 miles east of Brainerd, where some of the state’s other large resorts are clustered. Most business customers come from the Twin Cities, about two and a half hours to the southeast.

“All this year is really strong, really full,” Ruttger says, although he has found that businesses are not booking out as far in advance as they used to. In late March, Ruttger’s was still taking retreat reservations for May and June.

“It seems like a new piece of the reality. It makes you nervous, a little,” Ruttger says. “Back in the day, you could see how your year was going to lay out, what was ahead, but it always seems to come together.”

To make sure it does, Ruttger’s is relying less on word of mouth and traditional advertising and more on social media messages directed at loyal guests and meeting planners. The types of business meetings that vanished during the recession—teambuilding and reward travel for employees or guests—are making a comeback, he says.

Many corporations that cut meeting planners from their staffs during the recession are now asking less experienced staff to plan their retreats, according to Ruttger. So Ruttger’s connects them with large event-planning companies to make sure the events run smoothly. Breezy Point Resort on Pelican Lake developed its own teambuilding division, with an in-house event coordinator to help companies plan their retreats. Breezy Point and Grand View Lodge distribute activities guides filled with teambuilding ideas to their business guests.

Several resorts reported a slight change in the mix of those guests. Health care companies, medical technology, and agriculture and software design industries have returned to Grand View, but manufacturing has not caught up to its previous level, Lindholm says. Growth industries such as technology, consulting and retail are leading the way back to Madden’s, Reichenbach says. So are some of the large corporations that call Minnesota home. “The Fortune 500 companies, they bring their staff from all over the United States and the world. They’ll host a meeting in Minnesota,” she says. “It’s a nice location for them and great exposure for the state.”

Breezy Point has attracted financial and insurance companies for more than 30 years and is still doing so, according to Bonnie Tweed, director of marketing and group services. It also books small groups from some of Minnesota’s large corporations.

To keep them coming, resorts have invested heavily in Wi-Fi upgrades. Madden’s has increased its bandwidth tremendously and added hotspots, according to Reichenbach.

Staying connected at the lake

Business guests “are always connected, whether it’s on their laptop or their iPhone or whatever, and they feel that nothing should change while they’re here because a lot of them are conducting business when they’re here,” Reichenbach says. “Now they want it in their room; they want it on their boat; they want it on the dock. We’ve got these beautiful pontoons, and it works great to go out and have a meeting on the lake.”

The Anderson family has been busy updating its Horseshoe Bay Lodge on Leech Lake in Walker to attract more retreats, according to matriarch Trudy Anderson. The family, which has been in the resort business for 30 years, bought Horseshoe Bay Lodge six years ago with the intention of attracting more business groups.

“We have six resorts on the lake, but this is kind of our jewel,” says co-owner Anderson. “Horseshoe is the most geared to business clients, because we’re the only one that has a restaurant and a bar.”

She adds, “We have some of the corporate executives tell us that this environment helps them evaluate which employees may be of the most value in a social, an informational or organizational medium.”

Like many resorts, Horseshoe has a variety of accommodations, from cabins to condos. One building has 19 bedrooms, an event center, decks overlooking the lake and its own bonfire pits. It offers retreat groups plenty of privacy, Anderson says.

“We are definitely gearing toward that [business customer] and would love to work more with that because we think this is the perfect facility,” she says. “We are trying to market to that. It’s up from what it’s been before; now we just have to get it farther.”

In what was a huge recreational investment among these resorts, Breezy Point added a third golf course, called Deacon’s Lodge, three years ago. Now it’s getting more corporate golf groups from the United States and Canada, Tweed says.

Some companies have resumed making reservations far in advance, even re-booking when they leave, according to Reichenbach.

Some resorts benefit from nearby cabin owners’ entertainment plans. These business leaders invite colleagues, employees and clients to their lakefront homes, and bring them to a nearby resort for meetings, recreation or dinner, according to Ruttger, Lindholm and Tweed.

In the past five years, Ruttger says he has seen wealthy year-round lake homeowners and snowbirds bring business meetings to his lodge, then ferry business guests via pontoons to their homes for dinner.

Another local homeowner, a car dealer based in Kansas, brings his entire team to his Minnesota home and to Breezy Point for dinner.

“They love the area and they want their people to come and see it, too,” Tweed says. “It’s like inviting them into their neighborhood.”

Minnesota’s business retreat industry appears to be on track with the rest of the country, at least in terms of general business meetings. Face-to-face business meetings for training, sales and education will continue to make a comeback across the country, according to Meeting Professionals International, a Dallas, Texas-based trade group. While it does not follow retreats in particular, the organization made that prediction in its fall 2014 Meetings Outlook report. This could be due to increases in hiring and investments in employees, the report says.

More than half of these meetings involve VIP clients and special events, with slightly fewer dedicated to incentives, conventions and management events, the meeting group’s report forecasts.

“We’re seeing a bit of an uptick [in business meetings] in the last four or five years, but it’s still not at the level it was four or five years ago,” Edman says. “There’s still a significant value of face-to-face meetings, and our industry is still actively pursuing that segment of our travel and tourism industry.”

Minnesota’s resorts are planning ahead to keep pace with business guests’ evolving demands.

Grand View’s Lindholm says he could foresee offering corporate event planners a smartphone app with an agenda, a resort property map and ways to schedule spa or tee times along with other activities. These event planners could then provide their team members with as much information as they want.

“It is my personal opinion that most meeting facilities will have some kind of option like that in place within the next five to 10 years,” he says. “It’s just about how much they are willing to pay for this service, and how much content they want to provide for their attendees. The technology is already there.”