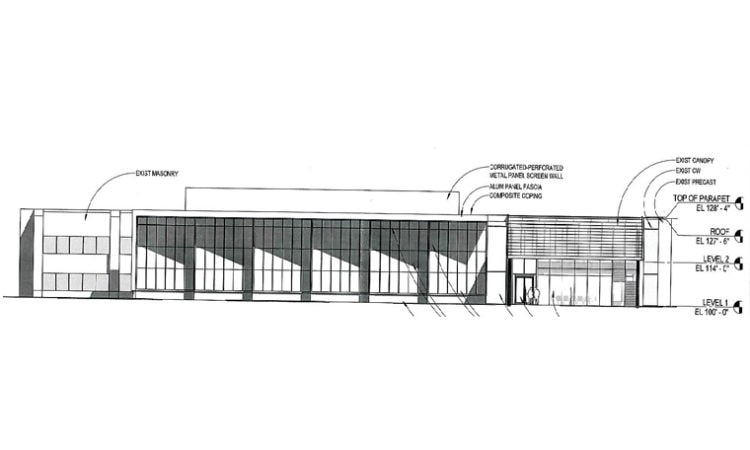 A unique, state-of-the-art laboratory facility and business incubator serving start-up medical and biotechnology companies in St. Paul is expanding, according to plans filed with the city.

Documents submitted to city’s Department of Planning and Economic Development indicate that the nonprofit University Enterprise Laboratories is planning an 18,000-square-foot addition onto its existing 125,000-square-foot building at 1000 Westgate Drive in St. Paul’s Midway neighborhood.

If ultimately carried out, the $6 million building expansion would be a major event for University Enterprise Laboratories (UEL), which is now home to more than 35 young companies which share its common lab space and participate in programs to help them along the path to market success.

When contacted by TCB, UEL Executive Director Lynne Osterman said she couldn’t provide more details about the project since the proposed expansion had not yet received final approvals from the nonprofit’s board of directors.

But, she added, “exciting things” are on the way for UEL, which was founded in 2003 as a partnership between the University of Minnesota and the city of St. Paul as a means of developing the Twin Cities into a national biotech hotbed.

Some of UEL’s current tenants include U of M spinoff CoreBiome Inc., which last year officially announced its launch as a new player in the burgeoning field of microbiome-related research and development; and Prism Clinical Research, which specializes in the execution and management of early-phase clinical studies.

Its graduates include Peytant Solutions Inc., headed by CEO John Schorgl, which is working with regenerative biomaterials to provide transformational solutions for luminal diseases; and Calyxt, an agricultural gene-editing company spun off from U of M research.

At its launch, the $24 million UEL project was strongly backed by Robert Elde, then-dean of the University of Minnesota's College of Biological Sciences, who recognized a need for U of M biotech commercialization spin-offs to have access to lab capabilities similar to those they enjoyed at the U itself.

The effort was also championed by former St. Paul Mayor Randy Kelley, who prodded the city council into buying the vacant former Target Corp. warehouse at the Westgate Industrial Park, allowing the project to proceed. An extensive renovation of the building was completed in 2005, and now the facility is home to what the incubator says is “more than 35 young companies driving new technologies that may someday change the world.”

The plans filed with the city indicate the project would also include the construction of a new entry and altered center island on Westgate Drive. The effort is being managed by Bloomington-based LaSalle Group Ltd. Kraus-Anderson Construction is serving at the general contractor.