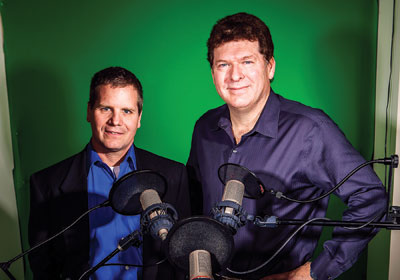 Years before YouTube even existed, UnityWorks Media made a bet on the power of video.

Since 2001, the Bloomington agency has been helping car dealers and other clients use video to drive traffic to their websites, and, ultimately, increase sales.

UnityWorks started with the automotive industry, pioneering the video “walk-arounds” dealers use to show off their inventory. Over the years, the agency has developed technology that enables clients to customize their video offerings, so that a 20-something looking for a sports car sees something different than does a middle-aged woman searching for a family-friendly SUV.

At first, the agency’s workers had to manually edit photos taken at dealerships to produce the videos. Eventually, UnityWorks developed technology that automates the process. The company’s software engine automatically culls video clips, still photos, and product information from thousands of sources. The agency offers clients a subscription to its video creation services, library, and tools, allowing them to generate a steady stream of custom videos.

UnityWorks’ automated process is key, says CEO Bill Worthen. “We can create hundreds of thousands of targeted videos very efficiently and inexpensively, and we can place targeted video ad campaigns in ways other people can’t,” because they don’t have the content-creation systems. “We can do time-sensitive campaigns, like the one we did for a Fortune 500 company that wanted to change its offers 1,000 times in a day.” The founder of IT staffing firm Techies.com and other tech-based startups, Worthen launched UnityWorks, predicting that video marketing would take off as bandwidth got meatier and the technology evolved.

“We saw early on that the Internet was going to allow for a better way to communicate and advertise, whether you’re a large brand or a small company,” says CFO Tim Kost, who has been with UnityWorks since its earliest days. “Video can create more engagement and lead conversion. It gets customers emotionally engaged and more likely to buy, and it can double purchase intent,” helping move prospective buyers from “just browsing” to getting serious about a purchase.

UnityWorks’ automated system produces about 350,000 custom videos a month, which run on client websites, third-party sites, or video sites like YouTube, where many clients host channels that air their video libraries.

Over time, UnityWorks has extended its expertise, creating patent-pending systems that customize the video based on the viewer’s recent online behavior. Clients also can swap out videos based on what they aim to sell—a surplus of year-end models or new inventory arriving that week, for example—and quickly assemble new packages.

At a fraction of the cost of television marketing, video is relatively inexpensive. And with targeted videos so easy to produce, the agency has been using them in new formats, such as mass email marketing campaigns or QR codes on direct mail pieces that send recipients to customized content.

UnityWorks now serves some of the largest auto dealerships in the country and has grown to 95 employees, with projected revenues of $10 million to $15 million this year. In the past year or so, the agency branched out into other industries, including retail, hospitality, travel, education, and more. Though that has opened the agency to new competition, Worthen says that with a capacity to make 1 million videos a month, no one can create as many unique and high-quality videos as quickly as UnityWorks can. BMW of Minnetonka started working with UnityWorks in 2010. Knowing that 90 percent of car shoppers do Internet research before entering a dealership, General Manager Tim Kraemer wanted to find the most effective ways to engage online prospects and move them toward sales. Kraemer says that UnityWorks videos have done that and more, providing consulting, tools, and analytics to guide BMW’s future marketing and advertising decisions.

“They have showed me what’s working and what’s not, so I can prioritize where our dollars should be spent,” says Kraemer. The agency provides intelligence he can use, such as the time of day people browse or which platform they use to shop. “UnityWorks does a good job of making us stay relevant by putting our cars in videos online, and those videos help us climb higher in Google searches.”