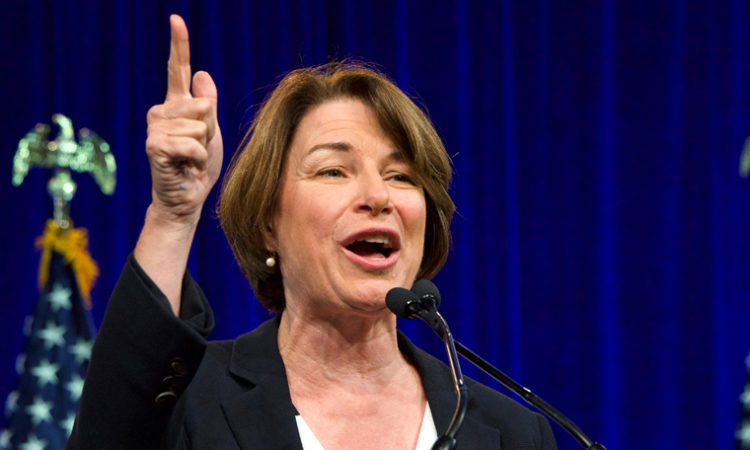 The senators’ Enhancing Entrepreneurship for the 21st Century Act would require government agencies to examine factors behind the slump in new business formation rates.
By Amanda Ostuni
September 24, 2019

U.S. Sens. Amy Klobuchar (D-Minn.) and Tim Scott (R-SC) have introduced legislation aimed at curbing the nationwide decline in entrepreneurship. The legislation, dubbed the “Enhancing Entrepreneurship for the 21st Century Act,” would require the Secretary of Commerce to work with partners across various government agencies to study factors driving the so-called “startup slump,” according to a news release issued by Klobuchar’s office.

Business formation rates in the U.S. have fallen to nearly a 40-year low, according to 2014 U.S. Census data. And Minnesota is among the places with the lowest development, as recent research from Greater MSP also shows that entrepreneurship has lagged locally within the last five years as compared to the rest of the country.

Some possible contributing factors for the nationwide slump could include demographic changes caused by an aging workforce, increased industry concentration, increased risk-aversion following the last recession, and difficulties related to access to capital.

The Entrepreneurship Act would bring together members of the Census Department, Bureau of Economic Analysis, Bureau of Labor Statistics, Treasury Department, Federal Reserve, and Small Business Administration—as well as entrepreneurs and representatives from consumer, community, and entrepreneurship advocacy organizations—to examine these factors in detail and compare the role each one plays in different industries.

“Entrepreneurs are the innovators driving economic growth, but fewer and fewer new businesses are launched every year,” said Klobuchar in the release. “With a better understanding of the causes of this slowdown, Congress will be able to work with entrepreneurs across the country to stimulate innovation and create jobs to move our country forward.”

The introduction of the legislation follows the launch of the Senate Entrepreneurship Caucus, an entity created and headed by Klobuchar and Scott to address a variety of pressing issues facing entrepreneurs. The caucus also serves as a forum for specific proposals regarding such issues, holding events such as the Women's Entrepreneurship Roundtable held today to encourage new female business founders.