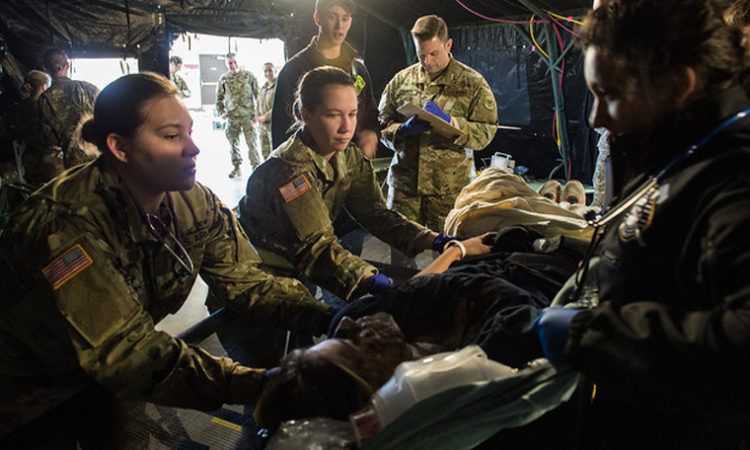 The university has partnered with pharmaceutical company Windgap Medical to develop a device to quickly administer an antidote for cyanide poisoning.
By Amanda Ostuni
January 17, 2020

The University of Minnesota Twin Cities and Massachusetts-based pharmaceutical company Windgap Medical Inc. have secured a $3.2 million federal grant to develop a device that will quickly administer a new antidote for cyanide poisoning.

The five-year grant was issued under the National Institute of Health’s CounterACT program, which provides funding for research aimed at combatting widescale “chemical threats.” The U.S. Department of Homeland Security has identified cyanide—which kills body cells by depriving them of oxygen—as a high-priority chemical threat, according to Steven Patterson, a professor in the U’s Center for Drug Design.

Without immediate treatment, victims of cyanide poison can lose consciousness or die. In the hands of a terrorist group, cyanide could quickly kill a large mass of people. Patterson noted that “current antidotes are not well-suited for use in a mass-casualty setting,” like a terrorist attack.

“We have long recognized that a device to deliver a cyanide antidote as rapidly and easily as epinephrine would be extremely useful,” said Patterson, who led development of sulfanegen, the antidote that will be used with the device. (The antidote, though patented, is still in pre-market development, too).

Patterson told TCB that the driving force of the project is to provide a medical counter to weaponized cyanide, but the device could also be used to treat industrial workers exposed to cyanide in manufacturing accidents or to treat fire victims exposed to cyanide through smoke inhalation.

Project leaders say the new device would significantly reduce the time it takes to administer an antidote. The current industry-standard cyanide treatment requires a person to be connected to an IV for 15 minutes, but the new autoinjector could deliver a single preloaded antidote dose of sulfanegen in under three minutes. The antidote quickly converts cyanide in the body into a less toxic compound.

The new injection device will feature a dual-chamber design—a chamber for the liquid dissolution material and a chamber for the drug—to ensure the powdered drug remains optimally dry and shelf-stable for first responders.