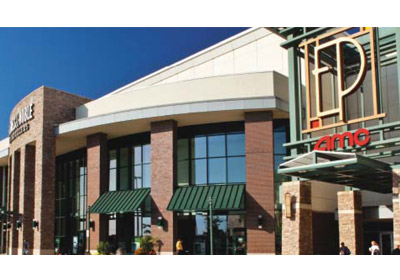 The asking price for Eden Prairie Center was nearly $100 million, and the Cahill Plaza shopping center sold for more than $8 million.
November 01, 2013

The 1.14 million-square-foot Eden Prairie Center was sold to Dallas-based Cypress Equities for an undisclosed sum, although Pittsburgh-based mortgage broker HFF lists the price as $99 million. The seller was Chicago-based General Growth Properties, Inc., which owned the property since 1997.

The Eden Prairie Center is anchored by Sears, Target, J.C. Penney, and Kohl’s, along with an 18-screen AMC Theater, accompanied by more than 100 other shops and restaurants. The center was built in 1976 but underwent a $110 million renovation in 2001, which added the Von Maur Department Store, a food court with a three-story stone fireplace, and more than 80 new retailers. The building is currently about 99 percent occupied.

According to Cypress Equities, it chose the Eden Prairie Center for its “strong economic profile” and “continued growth” in the region. The average household income within the five-mile radius of the center is $108,112, according to HFF, which cited the Nielsen Company.

The center’s sale will reportedly mark the largest Twin Cities mall sale since Galleria was sold in August 2012 for $127 million.

Cypress Equities said it has acquired more than $300 million worth of retail properties in 2013.

On a smaller scale, the sale of the Cahill Plaza shopping center in Inver Grove Heights was announced this week.

The shopping center, located at the intersection of 80th Street and Cahill Avenue, consists of nearly 70,000 square feet and features a Great Clips, Papa John’s, and multiple local tenants in addition to Cub Foods. The center is about 96 percent occupied.

Phillips Edison said the plaza won’t require any significant renovations. The average household income within a three-mile radius of the center is about $80,000.