General Mills and Andrew Zimmern teamed up to recognize the country’s best of the best across 20 food-related categories.
April 20, 2014 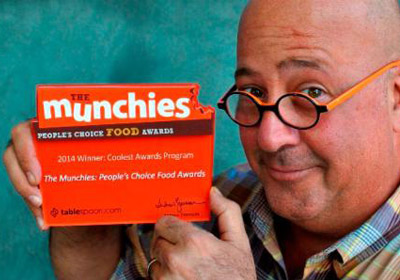 Golden Valley-based General Mills, Inc., and locally based food celebrity Andrew Zimmern on Thursday announced winners of a jointly launched awards program meant to recognize the nation’s best in a variety of food-related categories—and Minnesota’s own Icehouse, Izzy’s Ice Cream, and Amy Thielen were among the winners.

Zimmern and General Mills worked with a panel of 41 food industry leaders to create a list of nominees and then asked members of the public to vote on their favorite food destinations, publications, and professionals. (Among the 41 panelists involved in the nomination process was Dara Moskowitz Grumdahl of Twin Cities Business’ sister publication Mpls.St.Paul)

The only state to house more award winners than Minnesota was New York, which was home to six winners. Click here for the full list of award winners and nominees.

“It’s been exciting to ignite a passionate food debate and encourage people to support their favorite restaurants, media, and chefs by voting,” Zimmern said in a statement. “These awards are a celebration of the food experience across America, and I congratulate each of the winners.”

In addition to “The Munchies” winners receiving physical awards, a donation to hunger-relief charity Feeding America was made on behalf of the panelists and participating voters.

General Mills is among Minnesota’s 10-largest public companies based on revenue, which totaled $17.8 billion for the fiscal year that ended in May 2013. The food manufacturing giant oversees several brands, including Pillsbury and Betty Crocker.

In related news, Minneapolis was recently named on a list of the country’s “most underrated” food towns by lifestyle website Thrillist.