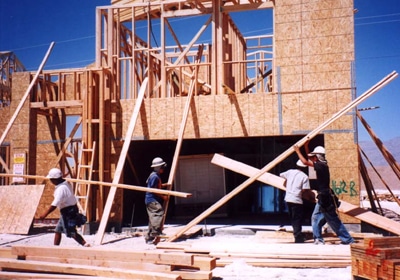 After last year, Lakeville continued to be the most active city for new housing permits in the metro area.
February 06, 2017

After last year’s housing construction boom in the Twin Cities, builders carried the positive momentum into 2017 with the most active January on record since 2007.

Approximately 455 permits were issued over the last four weeks, according to a report released Thursday by the Builders Association of the Twin Cities (BATC). The number of new permits marked a 25 percent increase from January of last year.

From those new permits will come a mix of single-family, multifamily and other housing units. Altogether, January 2017 permit numbers will translate to the construction of 1,092 new units, a 66 percent increase from the same time last year.

“Twin Cities homebuilders are definitely feeling optimistic about 2017,” said Bob Michels, president of the BATC. “There is a serious need for housing in the Twin Cities; we are focused on building strong communities at a price families can afford.”

“Homeownership strengthens communities and provides stability for families, yet there are major road blocks for home buyers right now,” he said. “We are working with lawmakers at the Capitol this year to create incentives for first-time homebuyers and regulatory reform that will help our industry build more entry-level housing.”

The state currently offers a number of incentive programs, each of which assists prospective homeowners based on region and income. The BATC, along with the Minnesota Realtors organization, have been working on new legislative priorities since last summer.

Lakeville continued to be the metro area’s hotbed for residential housing construction. After leading the state last year with 401 permits pulled — nearly 100 more than any other city — 46 new permits were issued in January.