The latest “PayScale Index” found that wages are growing faster in Minneapolis-St. Paul than in most metros, although rising inflation is constraining purchasing power nationwide.
July 20, 2014 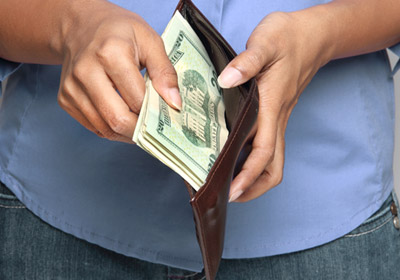 That’s according to the recently released “PayScale Index,” which measures the quarterly change in the total cash compensation of full-time, private-company employees nationally. The report also includes breakdowns of the nation's 20 largest cities and 15 industries, among other measures. (Find more detailed methodology here.)

The report found that Minneapolis-St. Paul experienced a 2.7 percent growth in wages during the second quarter, significantly higher than the national average of 1.8 percent. Houston ranked first, with 3 percent growth.

Here's a chart displaying how Twin Cities wage growth has compared to the national average during the past several years.

Minneapolis Metro Area vs. National (US) Year-Over-Year Percentage Change in Pay by Quarter


But Inflation Wipes Out Wage Growth

While Twin Cities wages are growing faster than those in many other areas, inflation is constraining purchasing power across the country.

In fact, when looking at “real wage growth”—a measure that takes into account changes in the price of goods—national wages are actually down nearly 8 percent since 2006, according to PayScale.

“Today, the income for [a] typical full-time, private industry worker actually buys them less than it did in 2006,” Katie Bardaro, lead economist at PayScale, said in a statement. “Annual U.S. wage growth was 1.8 percent last quarter, but inflation in Q2 was the highest it’s been in three years. As a result, the high inflation essentially wiped out wage growth and consumers experienced no real wage growth in terms of their actual purchasing power.”

Too, PayScale found inconsistent wage growth among industries across the country. For example, IT and oil and gas experienced strong year-over-year gains, while wage growth in some industries actually declined. (These interactive reports allow you to select various cities and industries to see changes over time.)

And the future outlook isn’t very rosy either. PayScale—which provides “cloud compensation data and software” for businesses and individuals—also provides a forecast of future U.S. wage growth, taking into account changes in the Consumer Price Index and U.S. unemployment rates. It anticipates U.S. wages will grow only by a still-sluggish 1.9 percent, year over year, during the third quarter.

That said, there’s additional evidence that the Twin Cities are faring better than most, even when accounting for the actual purchasing power of wages. National Public Radio, using some new federal data, recently created a chart that measures how far paychecks stretch in various cities. It found that Twin Citians’ median income of $36,358 “spends like” $33,479, outperforming many peers.

And while Minnesota’s labor market continues to face significant challenges, including underemployment and long-term unemployed, the Twin Cities actually had the lowest unemployment rate among major U.S. cities in May, the latest data available.