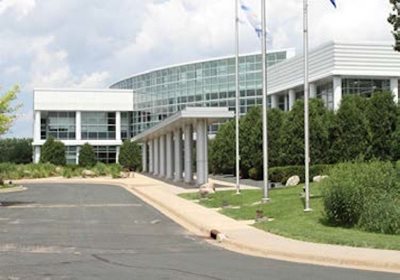 Datacard Group expects to close later this month on the acquisition of Entrust, whose software manages online security credentials.
December 27, 2013

The Datacard Group, a Twin Cities-based company that creates identification and credit cards, said Tuesday that it is acquiring a Dallas firm—forming a merged organization that will employ nearly 2,000 people and serve “tens of thousands of customers.”

Datacard, which has operated in Minnetonka for more than three decades, had already been growing and recently announced plans to relocate its headquarters to Shakopee. The firm told Twin Cities Business in August that it expected to spend about $30 million in property acquisition and renovation costs for the relocation.

This week, the company announced plans for additional growth through the acquisition of Entrust, Inc., from Chicago-based private equity firm Thoma Bravo, LLC. Whereas Datacard’s products allow banks and governments to create and issue credit cards, passports, and other forms of identification, Entrust’s software manages online security credentials for clients, many of whom are in the same industries as Datacard’s customers. The deal is expected to help Datacard strengthen its offerings in the digital-identification market.

The acquisition, which is subject to regulatory approval and certain closing conditions, is expected to close on December 31, according to Datacard, a private company that declined to disclose the financial terms of the Entrust acquisition.

Bloomberg Businessweek, however, reported Tuesday that Datacard is paying $500 million in cash for Entrust. The news outlet cited “two people with direct knowledge of the matter who asked not to be identified because the terms are private.”

Datacard currently employs roughly 1,400, and the Entrust acquisition is expected to boost headcount to roughly 2,000 people.

A Datacard spokesperson recently told Twin Cities Business that the company's annual revenues exceed $450 million. Following its upcoming acquisition, the business will be able to “issue over 10 million physical identities daily, handle over 200 billion transactions a year, and manage billions of identities, including the majority of payment cards and identification solutions in more than 100 countries,” Datacard said in its Tuesday announcement.

Among other benefits, Datacard said the deal will allow the combining businesses to leverage their solutions for e-commerce and financial transactions; secure communications via the Web, social media, and other messaging; and citizen identification.

Datacard Group President and CEO Todd Wilkinson said in a statement that the acquisition represents the “combination of two market pioneers.”

“For years the paths of our companies have intertwined as we served customers—often the same financial and government customers—from different points within the technology spectrum,” Wilkinson said. “Those paths now converge to bring powerful new innovations in secure identity to enable trust while reducing complexity in deployment, management, and use.”

Earlier this year, Datacard expanded into the mobile commerce industry through an equity investment in DeviceFidelity, Inc., which outfits smartphones with mobile payment technology.