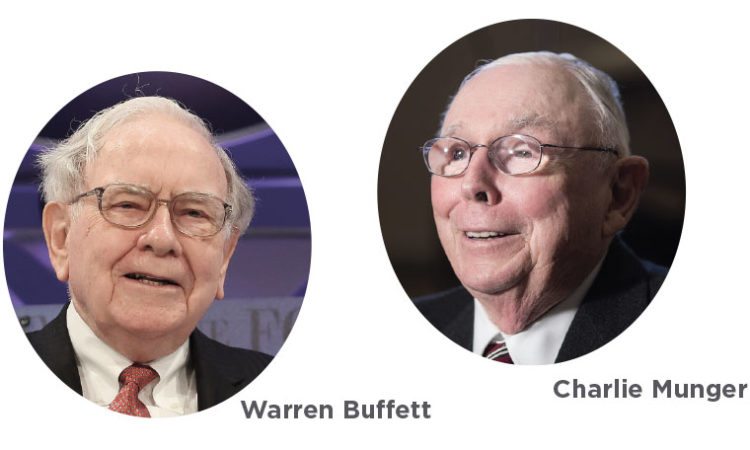 The scene is set with two microphones, a small table draped in black, two chairs, and a stadium full of butts barely on seats. The Berkshire Hathaway annual shareholders meeting starts with the crack of a Diet Coke opening, echoing through the vast space. Then a Classic Coke. It’s time for the Warren and Charlie show.

If you’re ever in Omaha in the spring, there’s a place to visit with 40,000 of your closest friends from all over the world. Warren Buffett and Charlie Munger, two crusty old men with a global fan base, fill a sports arena for a shareholders meeting that is not your average annual conference. The pair dispense practical advice about finances and life. Head to the stadium’s first floor and you’ll encounter booths for the diverse array of brands they own: Dairy Queen, Brooks Running, Geico Insurance, and a long list of other local, national, and international ventures. They’re always selling.

Perhaps you’re a bit younger and can’t appreciate why you’d want to listen to these 1950s hipsters? Berkshire Hathaway is worth $491 billion, as of May 30, 2019. (Anyone who owns at least one $250 share of stock can attend the legendary annual meeting.) Their crew is sitting on $110 billion in cash; by comparison, the Brittish royal family is estimated to be worth $88 billion.

This fanboy was on the edge of his slightly uncomfortable stadium seat, leaning into what these two had to say. This is 183 years of combined living experience, doling out complex share buy-back advice mingled with simple life lessons. Their mere presence on the stage had a lesson baked into it.

“I think the great strategy for the great mass of humanity is to specialize. Nobody wants to go to a doctor that’s half-proctologist and half-dentist,” Munger tells the crowd.

I got the sense Munger would be agreeable to the concept that ideally people are generalists (many areas of knowledge) or specialists (one area of great knowledge). Specialization in what people and companies do certainly makes sense, but like anything, there are nuances.

“I don’t mind not having caught Amazon early—[Jeff Bezos] is kind of a miracle worker, it’s very peculiar, I give myself a pass on that. But I feel like a horse’s ass for not identifying Google better. We screwed up,” Munger says.

When a team of two impressive minds who have collectively gathered such wealth are humble enough to admit to a large audience that they “feel like a horse’s ass,” it makes me more confident in humanity. How many people have you run into in life who are far more confident in their point of view than their status in life would indicate?

When we take on investment deals, we spend a lot of time getting to know the people involved—not testing, prodding, or poking, but just getting to know them. Finding people who will behave in ethical, humble ways when they face the larger challenges of entrepreneurship is hard. By my estimation, it is also hard for Charlie and Warren, so they rely heavily on their gut.

Sitting on a stage taking tough questions from analysts, the media, and the public, Charlie and Warren seem to enjoy every moment, between sips of Coke and bites of See’s peanut brittle. They are happiest doing what they do: looking for deals in the crevices of business culture and then sharing the results with 40,000 people who have come from around the world to see them.

“We get to do what we love to do every day. I mean I literally could do anything that money could buy pretty much, and I’m having more fun doing what I do than doing anything else,” Buffett says.

What are the lessons here to take back to your marketing, design, or creative team?

As people of means, Warren and Charlie set a good standard. 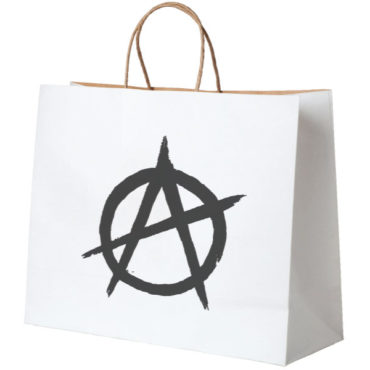 Anarchy Gets a Refresh