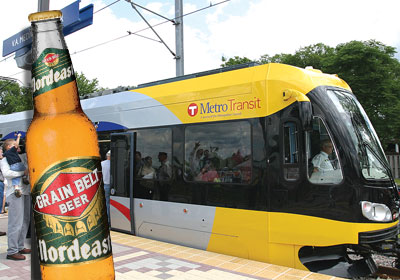 The FDA has approved the Esteem implantable hearing restoration device from White Bear Lake–based Envoy Medical. Esteem uses the ear’s own drum and cochlea to detect and transmit sound to the brain. The device and surgery will cost approximately $30,000 combined, which is not covered by insurance. As we reported in February (see “The Speed of Sound” in the TCB archives), Esteem would need to be replaced every five to nine years.

Hubbard Broadcasting in St. Paul will launch new Web sites with “hyperlocal” news and user-generated content in each of the markets where it has television stations, through a partnership with Washington-based DataSphere Technologies. Hubbard has stations (KSTP channel 5 and KSTC channel 45) in the Twin Cities, and others in Duluth and Rochester, Minnesota; Rochester and Albany, New York; and Albuquerque, New Mexico.

Minneapolis-based Conwed Plastics, a maker of high-performance plastic netting, says it’s the first company in the U.S. plastics industry to join the Chicago Climate Exchange, and has achieved carbon neutrality through its purchase of carbon financial instruments from the exchange.

The University of Minnesota’s Center for Transportation Studies finds that light rail is putting more jobs within reach for transit-dependent low-wage workers. Since the Hiawatha line opened in 2004, the number of low-wage jobs accessible by 30 minutes of transit travel in peak morning hours has increased by about 18,000.

Surdyk’s says it has one of the largest selections of fresh sake between New York City and San Francisco. The Minneapolis retailer says interest in sake is up. It has 54 varieties and will add more, storing them chilled because sakes need to be drunk fresh and don’t age well.

The YWCA of Minneapolis offers a new workout that includes pulling tractor tires, swinging sledge hammers, and hoisting sandbags. The Y charges a fee and calls this the “Gladiator Workout.” But don’t let them fool you. There are places where you can get paid to do those things, but they just call it “work.”