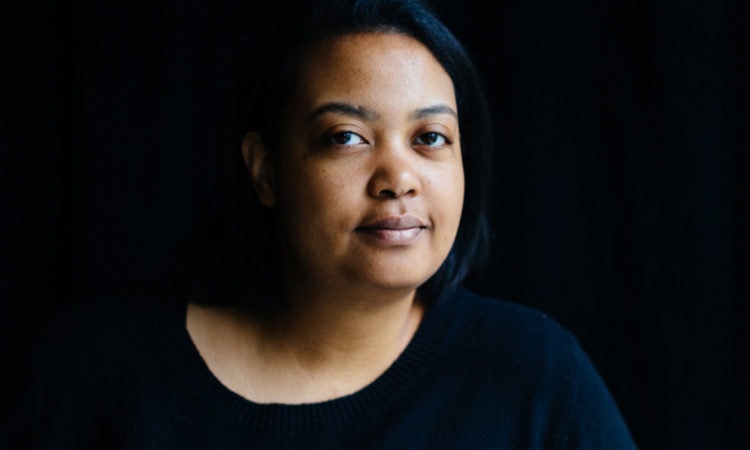 The founder of Backstage Capital, one of very few venture firms focused on minority-owned startups, will discuss gaining equality in venture capitalism.
By Amanda Ostuni
November 12, 2018

Arlan Hamilton, whose unlikely road to the exclusive world of venture capitalism made her the subject of a six-part series on the podcast StartUp and landed her on the cover of last month’s Fast Company, will speak about diversity in the investment world on Tuesday, November 13 in St. Paul.

Hamiltion is a gay woman of color who went to Silicon Valley without any connections or the typical VC pedigree. But with sheer determination, she’s built her company Backstage Capital into a venture capital firm of note—particularly for its commitment to fund startups founded by people of color, women, and the LGBTQ community.

Black says she and Hamilton will discuss what inspired Hamilton to go down the route of mission-based venture capitalism, what doors were opened for her as well as the challenges she faced along the way, and the $36 million fund Backstage Capital recently launched that’s dedicated to helping black female entrepreneurs.

“[Hamilton] was at the top of our list [of potential speakers],” says Black. “She’s known as a venture catalyst, someone who helps those who are investing venture capital think differently about businesses and what businesses they go after.”

With a focus on the fact that only 10 percent of all venture capital deals go to women, people of color and LGBTQ founders, Hamilton has made it her mission to close that gap. Since its inception in 2015, Backstage Capital has invested more than $5 million into 100 startups led by minorities.

Black hopes bringing in speakers like Hamilton to share their knowledge and experience will help dispel such notions, and also help Twin Cities investors understand that putting money into businesses run by people of color helps to close the gap—in funding, as well as employment disparity.

Black says the Twin Cities business community is on the right path. She cites the Target Techstars program, and the “Farm to Fork” accelerator launched by a partnership between Techstars, Cargill and Ecolab as examples of endeavors helping startups both with an intentional eye toward racial inclusion, and having investors go beyond money by also lending their expertise and constant support.

Still, there’s room for improvement, and that’s where the Center for Economic Inclusion and its Powering Inclusion series comes in. The series will continue with new events every few weeks through the fall, with a conference slated for the spring.

Following Hamilton and Black’s fireside chat, a panel of local business leaders will be invited to the stage to discuss Hamilton’s approach and what relevant activities are happening in the Twin Cities. The evening will close with a networking reception.

Black hopes that corporations, investors, fund managers, entrepreneurs and other players attend the event to learn from Hamilton – perhaps even secure investment interest from Backstage Capital.

“We hope that everyone leaves this event having made lots of new introductions and relationships, and are ready to leverage those in the work that they do,” says Black.

The event is open to the public. Register here in advance.