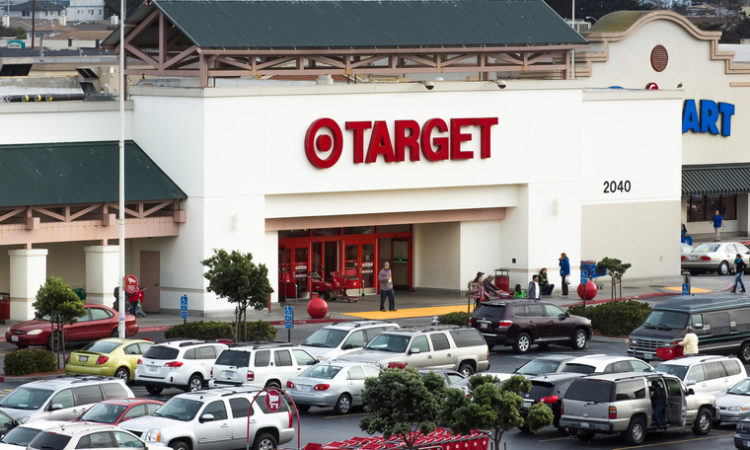 Investors sent the retailer’s shares down about 5 percent on Wednesday.
By Sam Schaust
May 23, 2018

With customer traffic at its highest mark in more than a decade, Target’s sales and profits rose in the first quarter, but not enough so to impress investors.

Its total revenue for the three-month period ending May 5 increased 3.4 percent over last year to $16.8 billion, the Minneapolis-based retailer said Wednesday. The result was boosted by a 3.7 percent bump in traffic at its more than 1,800 stores and a 28 percent jump in online sales.

Target’s profits, however, did not reach the height expected by Wall Street analysts as it continued to spend more updating its stores and online assets, offering lower prices and paying higher wages to its employees. While its profits grew nearly 6 percent year-over-year to $718 million — amounting to $1.34 a share — the result was four cents short of what analysts predicted.

Target shares, which had grown more than 13 percent since the start of the year, were down 5 percent on Wednesday to just over $71.

Amid the company’s $827 million spend on property and equipment in its first quarter, Target CEO Brian Cornell said the long winter at the same time ate into its potential sales of high-margin warm weather products.

“Strong sales growth in our home, essentials and food and beverage categories offset the impact of delayed sales in temperature-sensitive categories,” Cornell said in a statement, “which accelerated rapidly in recent weeks as weather improved across the country.”

For its second quarter, Target is expecting a low- to mid-single digit increase in sales among existing stores open a year or more. Earnings per share, the company said, are projected to fall between $1.30 and $1.50 during that same time.