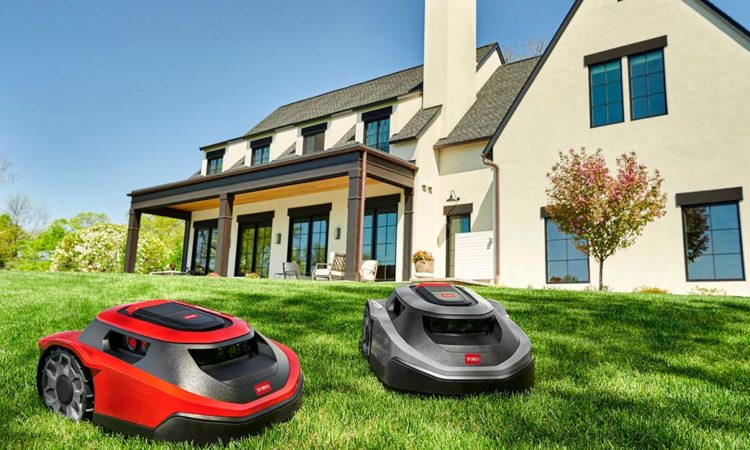 The mowers navigate the yard with a multi-camera vision system. Courtesy of The Toro Co.

The Bloomington manufacturer says it will release a new autonomous mower for the residential market next year.
By Josh McGovern
June 02, 2022

The Toro Co.’s latest invention is designed to give homeowners a break from lawncare. Last week, the Bloomington-based manufacturer introduced a new autonomous lawn mower for the residential market. The technology has been in development for the last decade, culminating in a finished product that can be purchased in spring 2023.

“The residential market, namely homeowners, has continued to battle a growing challenge — time,” said Greg Janey, Toro’s VP for residential and landscape contractor business and head of the company’s Center for Technology, Research, and Innovation. “We’re excited to deliver a solution that can give this illusive commodity back.”

Toro’s mower technology uses a proprietary vision system consisting of multiple cameras to map a yard, allowing the device to navigate a variety of terrain and structures, such as trees and landscaping. The battery-powered mower can be controlled and scheduled through a smartphone app for consistent lawn maintenance. The app allows for the owner to also customize grass height, set a mowing schedule, and receive recommendations for said mowing schedule based on weather forecasts.

To be sure, an autonomous lawnmower isn’t an entirely novel concept. Greenworks, Worx, and Husqvarna are among the companies already selling such devices. But Toro officials say the new robotic mowers differ from existing autonomous mowers on the market in their ability to steer through complex and varying lawn environments.

“Innovation is the backbone of our culture, which comes to life through our Center for Technology, Research and Innovation (CTRI), where our team of leading agronomists and engineers investigate emerging technologies to better serve our customers,” said Janey.

Along with the new residential robotic mower, Toro is field testing an autonomous fairway mower for golf courses. Toro leaders say that both mowers have exceeded global safety standards and achieved safety certification through a third party.

Toro has evidently been looking to build up its autonomous capabilities over the years. In early 2021, the company announced that it acquired a Colorado startup that builds robotic tractors and snowblowers.