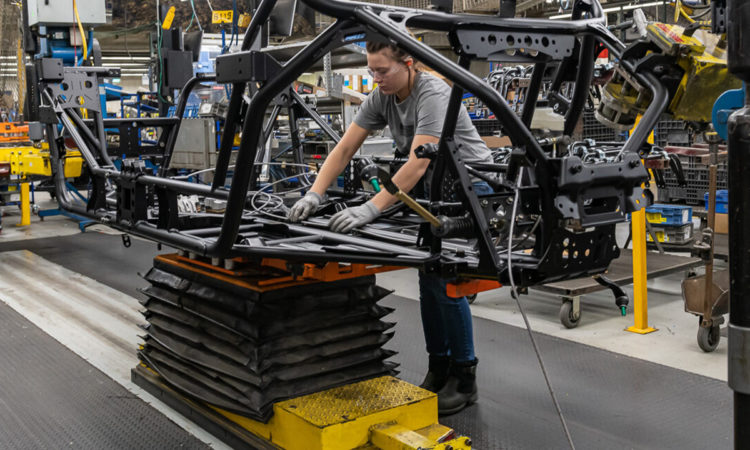 The Minnesota Business Partnership, a coalition of top execs in the state, is rolling out a new digital campaign to change people’s minds on big business.
By Dan Niepow
September 23, 2020

That’s not entirely surprising; that’s part of his job as executive director of the Minnesota Business Partnership, a coalition of more than 100 CEOs at the state’s biggest companies. But, as part of a new campaign unveiled Tuesday, he’s making a much more concerted effort to evangelize about the merits of corporate Minnesota.

“There’s been kind of a drumbeat narrative that large companies are bad, and CEOs are greedy,” Weaver says. “We simply know that not to be true, at least in our Minnesota companies.”

The “Made in Minnesota” initiative seeks to dispel the “big bad business” narrative by highlighting corporate contributions to everyday life. From the Walker Art Center to the Guthrie Theater to the Minnesota Children’s Museum, big-name companies have left an imprint on many aspects of Minnesota life, Weaver says.

The campaign will primarily take place digitally — on social media, on blogs, and an accompanying website. But in an era of cancel culture, that may be a dicey ploy. Might some users see the campaign as self-serving? Weaver says perhaps, but he’s not concerned. In the end, the campaign is grounded in basic facts, he says.

“We’re just putting out facts about what these companies are doing,” Weaver says. “We’ll leave it to the readers, listeners, and followers to decide whether they’re impressed with these efforts. … One thing that any naysayers cannot say is that this isn’t true.”

The partnership had been talking about this kind of campaign for about a year, Weaver says. In that time, a global pandemic struck, and communities across the U.S. began grappling with a racial reckoning after the killing of George Floyd. But none of that deterred the campaign. In fact, Weaver says, events over the last few months have shown a “civic-minded” spirit among many big-name companies.

During the onset of the Covid-19 pandemic, for instance, several Minnesota companies began producing much-needed personal protective equipment (PPE). And in the aftermath of Floyd’s death, many others took concrete steps to address racial inequity. In July, the Minnesota Business Partnership even made a public plea to state legislators to implement a list of police reforms.

Still, much of that may be lost on the average Minnesotan. And to be sure, Weaver’s got his work cut out for him, if public opinion polling is any indication. In a Gallup survey conducted in June and July, about a third of respondents said they had “very little” confidence in “big business.” Only 7 percent said they had a “great deal” of confidence in big business.

But, in Weaver’s view, the campaign works not by focusing on the C-suite, but on companies’ tangible impacts on employees, customers, and communities. If he can convince everyday Minnesotans, it’s a short route to policymakers and elected officials.

“What I would ultimately like to see is that policymakers recognize the value of having these remarkable companies here in Minnesota,” Weaver says. “We hope they do everything they can to help these companies grow and prosper here, not make it harder for them to stay.”