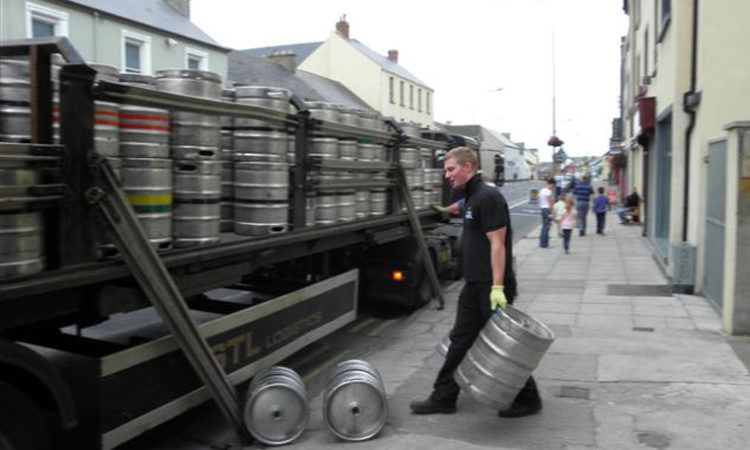 Just like beer, not all company changes go down smooth for everyone. Take for example, the truck drivers and warehouse workers of a leading beer distributer, J.J. Taylor Distributing Co., who are striking due to safety concerns.

In an effort to save money, J.J. Taylor introduced plans to eliminate keg-only routes, which have two-man teams, and instead add keg deliveries to regular packaged beer routes, which typically only involve one person.

This system change has been an ongoing issue in contract negotiations that began in February between the company and the Minneapolis Local 792 union representing the 95 striking employees. (The employees are all part of the Teamsters Brewery and Soft Drink Workers Conference, which serves over 15,000 brewery workers nationwide.)

In the last negotiation meeting, J.J. Taylor offered the union workers a three-year contract that would increase wages in exchange for eliminating the two-man keg delivery routes.

“Our members are dedicated employees who want to work hard, safe, and return home without injury,” said Larry Yoswa, Secretary-Treasurer of Local 792, in a statement. “The company's last, best and final offer was soundly rejected. It contained a clause requiring drivers working by themselves to carry and deliver beer kegs, some weighing 175 pounds each.”

Local 792, says even with the use of dollies, making one person deliver 175-pound kegs alone is unsafe – especially so when many of the deliveries require walking up and down several flights of stairs.

David Miller, head of J.J. Taylor’s human resources and safety department at the office in Jupiter, Florida explained that the company is tapping into cost-saving strategies because it has been negatively impacted by the prevalence of craft beers, which are overtaking “historically popular beers.”

Reynoso said the union understands the company’s market-driven financial woes but asserts employee safety is still the top priority. He suggested a possible solution would be changing the process of determining how many people are assigned to a route from being based on seniority of the main driver, as it is now, to being dependent on the route’s labor intensiveness.

Dan Dahlberg, a driver for the company who is participating in the protest, explained why safety is so important.

“While we are paid good wages, what good is it if we can't enjoy time with our family free from injuries and pain?” said Dahlberg. “I'll be out here on the strike line as long as it takes to make sure we have a safe place to work.”

In response to the strike, J.J. Taylor hired temporary workers for the deliveries – and notably, each truck has gone out with two people.

The company has not publicly commented further on the situation.