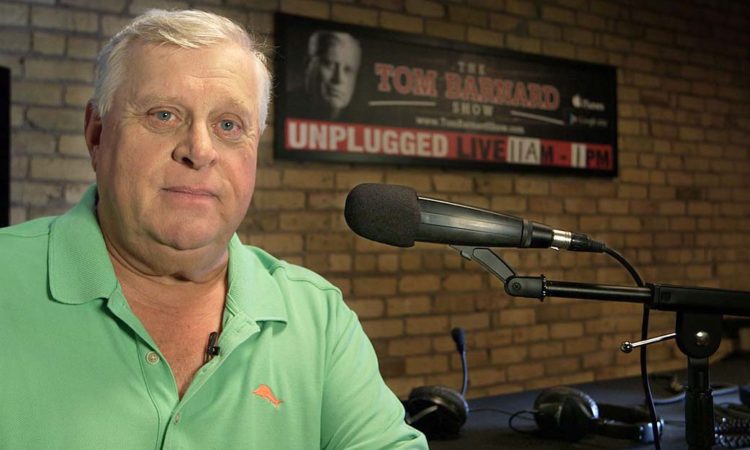 The longtime radio host will step down following his Dec. 23 broadcast.
By Adam Platt
July 01, 2022

KQRS’ Tom Barnard has announced he’s retiring before, but the consensus seems to be this one may stick. The Twin Cities broadcast legend and national Radio Hall of Fame inductee announced on his morning show Thursday that he would leave the air following his Dec. 23 broadcast, basically six months from now. Barnard reportedly signed an eight-year contract with Cumulus-owned KQRS in 2020, but has apparently decided to hang it up early.

The 70 year-old Barnard, a fifty-year veteran of the local airwaves, took over KQ’s morning show in 1986, catapulting the classic rock station to national prominence and for years generating the largest audience share of morning drive listeners in the country.

Barnard added an interview-driven podcast, executed with his family members, a decade ago, pioneering on-demand audio before it became ubiquitous. It’s assumed he will continue that in some form following his departure from terrestrial radio.

TCB profiled Barnard the businessman, and chronicled his legendary and at times controversial career, in 2014.