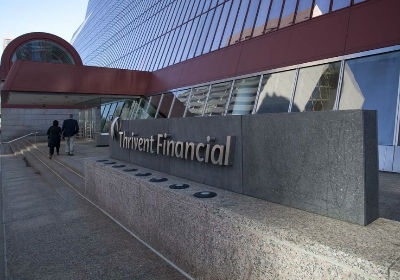 Thrivent Embroiled In Legal Battle With State Of California

Thrivent says California’s Controller is requesting too much personal information about Thrivent members; the Controller counters that he’s entitled to the records for auditing purposes.
November 16, 2013

Thrivent Financial for Lutherans and the State of California Controller’s Office are exchanging lawsuits related to whether Thrivent needs to turn over certain records for an audit.

At the heart of the dispute is “unclaimed property.” When a life insurance policyholder dies, if the beneficiaries don’t claim the property during a “dormancy period,” and an insurance company such as Thrivent cannot locate the beneficiaries in time, the funds must be turned over to the state.

Minneapolis-based Thrivent said that the California Controller’s Office, which is seeking to audit Thrivent’s unclaimed property practices, requested birth dates, social security numbers, home addresses, insurance policy values, and beneficiary information of all Thrivent policyholders in all 50 states for the past two decades. Thrivent called foul, saying the Controller is reaching beyond the scope of his power and seeking information that was not pertinent to California.

On October 30, Thrivent sued California’s Controller, John Chiang, and his office, asking a court to clarify the scope of the Controller’s authority.

David Westmark, Thrivent’s senior counsel, told Twin Cities Business on Wednesday that the information Chiang seeks “is not audit material.” California is only entitled to information that “might lead to the discovery of unclaimed property that would be payable to California,” he said.

The Controller seeks “personal information” on members that “is not related in any way, shape, or form to the state of California,” Westmark said. Thrivent contends that complying with California’s request would violate it members’ privacy.

The legal battle heated up Tuesday, when the Controller’s Office responded with its own suit against Thrivent, claiming that Thrivent is refusing to turn over records that are necessary to determine whether it is properly handling death benefits. The Controller claims that Thrivent has “impeded the progress of audits for 14 months.”

Chiang said in a statement that other life insurance firms are cooperating with his office “to correct past injustices perpetrated against their policyholders,” but Thrivent is not. “Thrivent will either comply with the rule of law out of an ethical obligation to its clients or it will do so under court order,” Chiang said.

Chiang’s office said in a statement that it began auditing insurance company practices in 2008, “revealing an industry-wide practice of companies failing to pay death benefits to the beneficiaries of life insurance policies, despite having access to federal records indicating that policyholders had died.”

Westmark said that Chiang is painting too broad a picture of industry companies cheating the system. “The Controller infers that insurance companies intentionally avoid paying benefits to their insured or beneficiaries, and that’s just not true,” he said. “Thrivent is a Lutheran fraternal benefits society; we’re a membership organization.”

“Fraternal benefits societies” are organizations whose members are connected by a common bond; in the case of Thrivent, that bond is religion. As a tax-exempt entity, Thrivent’s business that focuses on insurance products essentially takes the money it would otherwise pay in taxes and uses it to fund membership programs and services designed to give back to the community.

Westmark pointed out that Thrivent is being audited by about a dozen other states, as well, but the information California is soliciting “goes well beyond” what the others are requesting. Too, Thrivent hired a third-party audit firm to evaluate its practices, and the assessment turned up “perfectly clean,” Westmark said.

“We simply intend to get some clarity from the court on what the Controller is entitled to,” Westmark said. “Once we get that, we’re more than willing to provide it to the Controller so he can do his audit.”