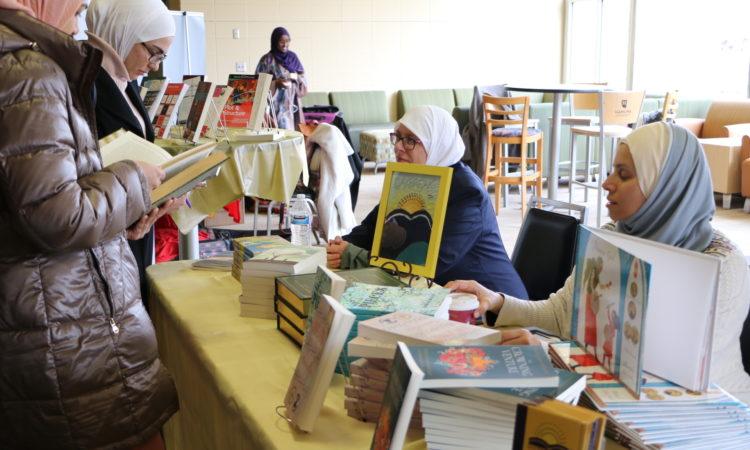 Henna & Hijabs, Rabata, and Reviving Sisterhood are being recognized for their work in supporting the Muslim community.
By Tina Nguyen
January 27, 2022

Three Minnesota organizations—a startup and two nonprofits—have been named to a global list of “100 Muslim startups to watch in 2022.”

The fourth annual list, formed by the California-based nonprofit Center for Global Muslim Life, brings together a diverse set of sectors, from technology to film, working on issues that can relate to cities, social impact, or spiritual impact. Three of those businesses are Henna & Hijabs, Rabata, and Reviving Sisterhood—all founded and operated by women in the Twin Cities.

“The idea is to create a unique ecosystem that’ll help build creativity by being diverse and cross-sectional,” said Dustin Craun, the founder and director of the Center for Global Muslim Life. The annual list has doubled in size. “The list was 50 companies before,” Craun said. “But we’ve seen so much growth in the space that we went with 100.”

Investors of different faiths are becoming more willing to invest in Muslim companies as they come to understand the large-scale opportunity, Craun said.

This is not the first year Minnesota startups have made the list. In 2015, Maple Grove-based Noor Kids was recognized for its subscription-based educational program to help build confidence in Muslim children with books and live storytelling. In the last year alone, Noor Kids has reached 250,000 families across the globe through its free and paid programming. Noor’s founder and executive director Amin Aaser credits the Center for Global Muslim Life in large part for the company’s growth.

“I think it was something that helped us gain a little bit of footing to say, look, we are actually onto an area that is interesting,” said Aaser. “The Center of Global Muslim Life is helping develop the Muslim market, such that companies like ours can recruit the talent and create infrastructure to tap into this opportunity.”

Minneapolis-based Henna & Hijabs is taking hijabs mainstream to Nordstrom and other stores in the U.S. and Canada. But founder and CEO Hilal Ibrahim (also featured on the TCB 100 for 2022) said she’s even more excited about pioneering a medical-grade hijab for healthcare workers.

“I’ve always dreamed of creating accessibility for my community and celebrating who we are, I think there’s oftentimes a notion that we have to adjust who we are to fit in, and I think as a Muslim-American woman, we can still celebrate our different identity of being a Muslim woman, but also…we are part of the American fabric,” Ibrahim said. “We’re CEOs, we’re entrepreneurs, we’re doctors or nurses, or lawyers. And so, I wanted to create a brand and a company that celebrated who we are as Muslim-Americans. And this brand really empowers young Muslim women and professional working Muslim women.”

A California native, Ibrahim is building Henna & Hijabs in Minnesota, where she says entrepreneurs are valued.

“The Twin Cities really celebrates entrepreneurship and innovation,” said Ibrahim. “It has been a very positive experience. The mentorship, the support, the kind words have been amazing and have really positively impacted my journey and our journey as a company.”

Arden Hills-based nonprofit Rabata was established in 2012, by Tamara Gray who saw the need to create a community for Muslim women across the U.S. to push back against xenophobia and elevate leadership and education.

Rabata strives to give Muslim women a voice through its academic programming. The curriculum is now available in more than 80 countries.

“One thing about the ecosystem of Muslim nonprofits in Minnesota is that we work together really well,” Gray said. “We know how to collaborate, to lean on each other, to uplift each other. There isn’t a lot of jealousy, we all have our specialty areas. And together, we are building community and building programming. I think that’s unique about Minnesota, and hopefully, it can be something that we can shine a light on as people from outside are looking at our successes.”

Similar to Rabata, the mission of Reviving Sisterhood is to support Muslim women. But this Minneapolis-based nonprofit does so through storytelling, leadership development, workshops, civic engagement, and advocacy.

Reviving Sisterhood’s next project focuses on “Sheroes.” The group is partnering with Daybreak publishing press on a book featuring Muslim women leaders of Minnesota. Along with it, Reviving Sisterhood and Rabata will jointly create a program to support the leadership capacity of Muslim women.

“We have moved from educating Muslim women about democracy to becoming a powerful collective group that is getting noticed and is being asked for their opinions, their advice, and their endorsement,” said Nausheena Hussain, executive director of Reviving Sisterhood. “Receiving this recognition really affirms the work that we are doing. To be a part of a network with all these amazing startups really feels like we are part of a larger ecosystem of change-making work.”

All three of these organizations will be highlighted during Global Muslim Life’s Impact Forum, streaming virtually from Jan. 26 to the 28th.

“It’s important that people understand that there are Muslim communities making an impact around the United States and around the world. That’s the real story of our community, unlike the story that we’ve seen, unfortunately, so much in the media,” said Global Muslim Life’s Craun. “And so, that’s a lot of this narrative strategy about changing the story by showing Muslims creating impact for a diverse community.”