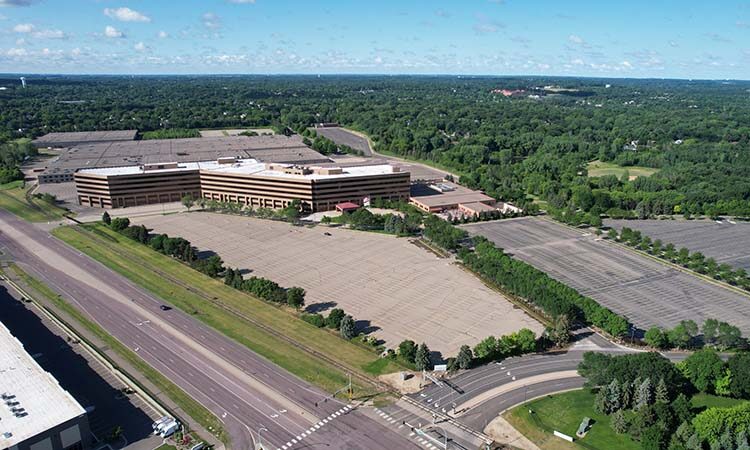 The Toronto-based firm plans to sell 179 acres of its 263-acre campus in the southeast suburb as it looks to “meet the needs of a dynamic workforce.”
By Dan Niepow
January 12, 2023

Toronto-based legal and financial services giant Thomson Reuters plans to sell off part of its sprawling campus in Eagan, though the company says it will maintain a presence in the Twin Cities.

On Thursday, Thomson Reuters announced that it will put 179 acres of its 263-acre Eagan campus up for sale. In the meantime, the company is searching for a new office space in the metro. In an email, Thomson Reuters VP of real estate and facilities Tom Walrath said that the campus was simply “designed to accommodate more people than we have on campus today.”

“As we have transitioned into hybrid working, we have excess space,” he said.

In a news release, president of legal professionals Paul Fischer said that the company has held multiple conversations with employees, local leaders, and others to determine next steps.

“We are exploring opportunities to give employees a modern, collaborative office environment that is aligned with our hybrid work model and meets the needs of a dynamic workforce,” Fischer said.

Notably, Thomson Reuters’ print manufacturing facility won’t be part of the sale, according to the release.

Noting that Thomson Reuters’ presence in Minnesota stretches back over 150 years, Fischer added that the company is “deeply committed to continuing to invest in our operations in the Twin Cities, our people, and this community.”

Walrath added that the company’s presence in the Twin Cities “is, and will remain,” its largest in North America.

Thomson Reuters ended up at the Eagan campus through its 1996 acquisition of West Publishing Co., a provider of legal information and court records. At the time, Thomson Reuters paid a whopping $3.43 billion to buy West.

West, whose history dates back to the late 1800s in downtown St. Paul, is perhaps best known in the modern era for its Westlaw digitized legal research system. The company, which rolled out Westlaw in 1976, began buying land in Eagan in the 1970s, according to the Minnesota Historical Society.

Thursday’s announcement probably doesn’t come as a surprise to anyone paying attention to the commercial real estate industry. Several big companies have significantly scaled back their office plans amid the rapid shift to hybrid work. And though the number of people working at home has declined from its peak during the early days of Covid, about a third of workers have been working at home over the past year.

What’s more, nearly a year ago to the day, the Star Tribune first reported on Thomson Reuters’ initial plans to sell or downsize its Eagan footprint.

“It’s critical that we balance flexibility for our employees with the needs of our business and customers,” he said.

As for the company’s new office space in the Twin Cities? Walrath said the firm is beginning its search in the southeast metro, where employees have established lives and commuting routines. Thompson Reuters is also looking for a space with top-notch amenities for its workers.

“Our vision of a modern work environment includes a wide variety of amenities,” Walrath said. That goes “beyond the basics of great food and excellent coffee. We see diverse transportation capabilities, ways for employees to support their wellbeing plans, along with superior office technology, [and] conferencing and collaborative areas as part of the amenity package.”

Vance Opperman, CEO and owner of TCB parent company MSP Communications, was a longtime board member at Thomson Reuters. He formally retired as a board director in June 2022. 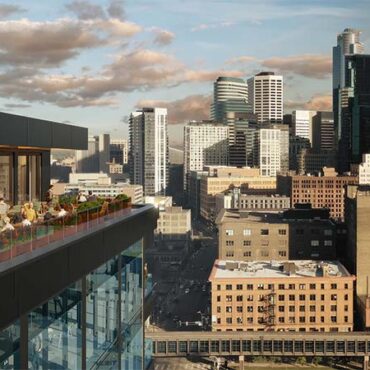 How Piper Sandler Ended Up in the North Loop