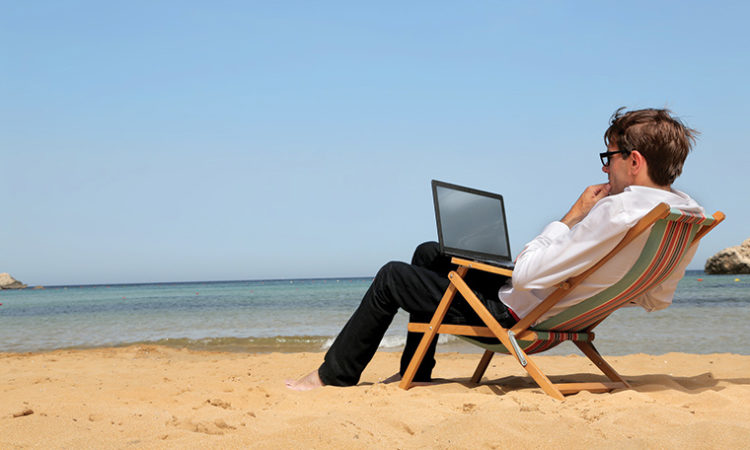 Think your company is less productive in the dog days? It is.
By Andre Eggert
August 01, 2017

This is the time of year when office spaces are often only half-filled, and the minds of those filling them are far away. A 2012 study of white-collar professionals by digital media firm Captivate found that during summer 20 percent of respondents reported a drop in productivity, 19 percent noted attendance declines, 13 percent said project turnaround time increased and 45 percent said they’re distracted. And because the numbers were self-reported, the study could be underestimating the effect.

In Minnesota, it’s particularly pronounced in August, as families cram last trips up to the cabin before school or wander the stalls at the State Fair filling themselves with fried food.

“Summer just has a more relaxed vibe to it,” says Kevin Henderson, an associate professor at the University of St. Thomas’ Opus College of Business. And that relaxed vibe no doubt contributes to sagging productivity. Employees tend to socialize more, enjoy longer lunch breaks and—because the boss is gone—leave a little earlier than they should throughout the week.

Less work getting done appears to be part and parcel of the summer, and efforts to mitigate the effects don’t seem particularly effective. While workers might appreciate special summer hours, for instance, the survey found that it didn’t help productivity in any meaningful way.

Instead, Henderson recommends workplace flexibility in summer. He says that because workers are distracted, it can be a time to show appreciation for them by loosening the dress code, hosting outdoor events and, above all else, not tightening the screws as a response. A

“The key is to allow some flexibility and employee choice,” Henderson says. “And it’s important that they embrace a ‘culture of summer.’ ”