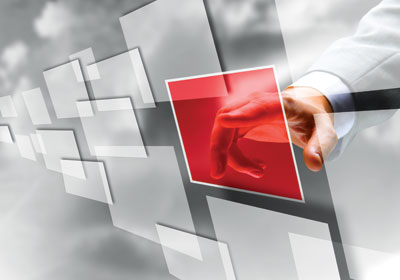 Minnesota companies are finding that videos are a crucial element of promoting their brands online.
By Dan Haugen
December 01, 2011

A generic, upbeat pop song loops in the background as a bubbly, red-headed college student talks about her experience in an amateur model contest. The video jumps from the interview to a montage of alternate footage filmed during fashion shoots and make-up sessions. The segment has the rhythm and gloss of a cable television reality show. It even has a celebrity host: Project Runway alum Christopher Straub. But this program wasn’t made for TV. It’s part of a Web video series called Main Street Models, produced for Duluth fashion retailer Maurices.â©

It’s a big step up from the raw, shaky, wind-whipped videos that Maurices posted to its YouTube channel a couple of years ago. That’s when it started taking a handheld digital video camera to its fashion shoots to capture behind-the-scenes clips and interviews. This time around, the effort involved two professional videographers tagging along on a two-week, cross-country trip to visit, photograph, and film a dozen winning contestants in Maurices’ small-town model search. In addition to profiling the participants, the team produced tutorials, “style minutes,” and other content, all of which is located on Maurices’ YouTube page.â©

“It’s a way to interact with our customers in a way that we haven’t in the past,” says Maurices marketing manager Monica Hendrickson.â©

Web video has been a good fit for Maurices, a company that doesn’t do any traditional advertising and relies on direct mail, social media, and in-store promotions for most of its campaigns. Over the past couple of years, Web video has grown from an extra to a core part of its marketing plans.â©

Maurices’ online video ramp up reflects a broader marketing trend. Web video has become a must-have accessory in the eyes of many marketers, who view services such as YouTube and Vimeo as valuable tools for helping companies connect with customers, promote social media pages, and ultimately boost sales.â©

More than 180 million Americans watched online video in July—a record month, according to digital research firm comScore. Neilsen’s Web video tracker showed that U.S. viewers streamed 14.5 billion videos in June. A lot of those were probably cat videos on YouTube or instant stream movies from Netflix. But marketers are finding an audience, too, with videos that promote brands or products.â©

The genre of Web marketing videos ranges from product demonstrations to branded documentaries. The approach can vary greatly depending on the company’s objectives.â©

For BlueWater Manufacturing in Chaska, the goal was cutting down the number of calls it was receiving from customers who were confused about how its rooftop guard rails and other fall-protection products worked. “We were answering the phone probably 10 to 15 times a day with really, really simple questions and having to spend an hour and a half to two hours per day answering them,” says Mitch McMillen, the company’s chief financial officer. BlueWater worked with Minneapolis-based Lori Fink Productions on a series of informational videos, which are linked to its product Web pages.â©

The volume of distracting phone calls has decreased dramatically. The videos have turned out to be a great promotional tool, too, McMillen says.â©

“I tell people, ‘When we do this interview, I’m going to ask you questions you don’t like; I’m going to push you out of your comfort zone to get you to a place where you’re no longer saying the company line,’” Clayburg says. “The difference is that when we are in my studio, if [they] don’t like it, we’re not going to use it.”â©

Red Wing Shoes had success earlier this year with a series of cinematic videos showcasing the pride and tradition behind the making of its boots. The videos, which are built around interviews with current and former employees, were watched nearly 130,000 times as of the end of summer. In November, the company released its most ambitious video project to date, a short film about the Crazy Horse monument in South Dakota.â©

What does Crazy Horse have to do with Red Wing Shoes? The company has long donated work boots to the construction crew, but that’s not a focus of the video. In fact, it’s not even mentioned. Instead, there’s merely a brief frame at the beginning and end crediting Red Wing Shoes for sponsoring the video. It’s less intrusive than public television underwriting.â©

“This really is a video about brand values. We are not showing product, shilling product—it’s not a glorified TV commercial. It’s truly a documentary and a dedication to the workers of Crazy Horse,” says Michelle Fitzgerald, principal at Brew Creative, which worked with Red Wing Shoes on its film projects, with assistance from Minneapolis-based Token Media.â©

Among all that variety, there is one common trait in the most successful marketing videos: they offer something of value to the viewer, whether it’s information, entertainment, or a combination of both. What they don’t do is try to bang the viewer over the head with a sales pitch. â©

“I think a lot of companies that we talk to want to get right into selling the product and will view video as an opportunity to basically create a really long-form commercial,” Fitzgerald says. “Obviously, that’s not really what consumers want. Consumers are being very selective in what they choose to engage in, and if they don’t like the content, they’ll immediately click off.”â©

Web audiences are among the least captive and most distracted. The challenge is the same one faced in other media, which is creating something that is both interesting to the viewer that also gets across a message about the brand or product, Fitzgerald says. But the bar is higher on line because, unlike television, Web video viewers usually don’t have an incentive to stay tuned. “If we ever believed that consumers were passive and sitting in their chairs waiting for our next ad, we were absolutely wrong,” she says.â©

Web video marketing is a relatively new phenomenon. A few years ago, when former television producer Lori Fink Garelick started pitching Web video projects to companies, she encountered skepticism and resistance. Companies weren’t sure how to get video on their Web sites or they weren’t sure who would watch it if they did.â©

“It was a couple of years ago that the tide turned,” says Fink. “All of a sudden, people started seeing YouTube and Vimeo and how easy it was to get a video on their Web site.”â©

Video hosting sites have become better and easier to use, and the proliferation of broadband Internet means more people can watch high-quality video streams from their computer. But Fink and others believe that the biggest boost Web video marketing received was the recession, which prompted many companies to look for more efficient ways to communicate with their customers.â©

“We began to see clients really look hard at their marketing budgets and ask themselves: Is there not a better way to connect with our audiences? We saw clients become much more focused on their core customers,” Fitzgerald says. “That focus resulted in a real focus on social media. Also: How do we produce content more affordably than a 30- second or 60-second TV spot?”â©

How affordable is Web video? It really depends on what you want to do. Any company can start experimenting like Maurices did a couple of years ago for next to nothing. Most smartphones sold today have built-in video cameras and it costs nothing to set up a YouTube account and start uploading videos. For a professionally produced video, however, companies should expect to pay around $2,000 per finished minute for a basic video.â©

“On the root level on the production side, it’s how many days of shooting, how many days of editing, and how big of a crew do you need,” says Token Media producer and partner Dan Hundley. Other expenses can easily drive up costs, such as actors, wardrobe, and set construction. In Hundley’s experience, most projects cost between $5,000 and $50,000.â©

And don’t expect millions of views overnight, like that Minnesota couple whose wedding party danced down the aisle. Your video is not going to “go viral.” Planning for it to do so is no less silly than planning to win the lottery. No matter how funny or irreverent it is, you never can predict what people will respond to.â©

“The idea of viral is a misnomer, I believe,” Fitzgerald says. Instead, the viewership for Web marketing videos is typically more targeted. For example, with the Red Wing Shoes series, the company targeted a category of highly skilled workers it referred to as “modern craftsmen.” It identified about         2 million nationwide, so 130,000 video views was considered a success.â©

“Marketers really need to understand there’s a lot of planning that’s involved to ensure the right audiences find the video,” Fitzgerald says. “The most successful campaigns are going to be well planned, well placed, well distributed, and well measured. The idea that you can just create the content and put it out there and people will find it on YouTube—that just won’t happen unless you happen to have that wedding dance moment.”â©

Most video hosting platforms such as YouTube or Vimeo offer a plethora of data about a video’s performance, but what numbers to pay attention to will depend on the goals for the project. Success isn’t always measured in sheer volume of views. The most important indicators instead might be Facebook posts, search engine performance, or time spent on your Web site.â©

Time spent is an important metric for UnityWorks! Media, a Bloomington video marketing company with a focus on auto dealerships. The company generates around 300,000 videos per month using software that pulls images and information from its clients’ databases to produce custom videos for any individual car on the dealerships’ lots. CEO Bill Worthen says people spend on average 50 to 100 percent more time on a car ad with one of its videos than without.â©

“Anytime you’ve got a customer spending 50 percent or twice as much time on your Web site as they were before, and they’re hearing about your sale or your marketing message, you’re increasing your chance that that customer is going to engage with you and actually talk with you about that car or that sale,” Worthen says.â©

Web video is likely to become more personalized in the future, he says. For example, a Web site may be able to recognize that a visitor has searched Google for child safety seats and play a video that shows a child seat in the vehicle. “We are doing the Model T version of that already,” he says.â©

Hundley, who worked on both the Red Wing Shoes and Maurices projects, is focused on the storytelling potential of Web video. To him, success is measured by an artistic standard. When Maurices showed one of his Main Street Model videos to investors at a board meeting this year, it left some people in the room with tears in their eyes after hearing the contestants’ stories.â©

“That, to me, was the sign of a very successful video,” Hundley says. “It brought out a lot of emotion in people, and for me, that’s what I’m trying to do. I’m trying to tell stories that people can identify themselves with and put themselves in their shoes.”â©