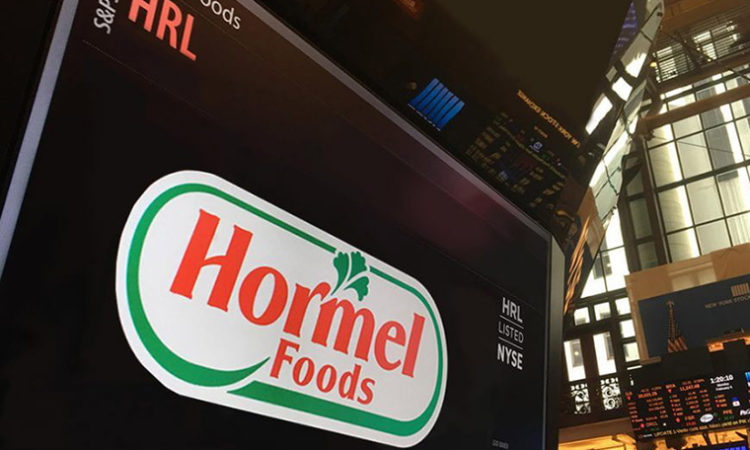 Some companies, such as Hormel, Target, Medtronic, and others, have flipped to virtual programs. Others have chosen to cancel entirely. (Photo courtesy of Hormel)

In the face of Covid-19, Minnesota companies weigh options for their seasonal internship programs.
By Dan Niepow
May 14, 2020

Postpone, pivot, or cancel? That’s the question Minnesota’s biggest companies face about their summer internship programs. Many businesses view internship programs as vital for meeting future hiring needs, and many college students see them as a key stepping stone in their own professional development. But the Covid-19 pandemic has necessitated a massive shift in the way these programs are usually run — if they’re even held at all.

Richfield-based Best Buy Co. Inc., for instance, opted to suspend its program entirely this summer. In the past, the electronics retailer has hired dozens of interns to fill roles across the organization. In 2018, Best Buy said it brought on as many as 100 interns. The Toro Co. has canceled its summer intern program, too.

The cancellations will undoubtedly leave many college students in the lurch this summer. Sadie Olson, a Minnesota resident who’s studying public relations at the University of Southern California, secured an internship with Best Buy for the summer only to find out it was canceled in late March. But she holds no ill will toward the retailer, and says she’s now using the summer to build some computer programming skills through Harvard’s free online courses. Still, some concerns linger.

“I feel kind of behind now because I don’t have that experience,” Olson says. “But I’m not defeated by it, and I’m finding other productive things to do at this time.”

Where some companies have decided to cancel summer intern programs, others have decided to go virtual. Target Corp. plans to offer a virtual experience for more than 200 interns this summer. Medtronic, which is headquartered in Ireland but has operational headquarters in Fridley, also plans to go the virtual route.

“Despite the changes brought on by Covid-19, Medtronic is continuing to make building our talent pipeline a priority,” a spokesperson said in a statement. “We will take advantage of a virtual intern program to leverage this effort to the fullest extent possible. Providing opportunities for students to gain vital early career experiences cannot be put on hold during this pandemic.”

In Austin, Minn., Hormel Foods Corp. has flipped to an entirely digital internship program, too. This summer, the more-than-a-century-old foodmaker will provide virtual internships for 60 students, which marks the largest crop of interns to date, says Amy Sheehan, director of talent acquisition. Typically, Hormel welcomes between 45 and 50 interns each summer.

“When Covid broke out, the talent acquisition team sprung into action and worked with the leaders of all the divisions to see how comfortable they’d be with virtual internships,” Sheehan says. “The response was a resounding yes.”

To be sure, there’s no substitute for an in-person experience. But Sheehan says there are a few workarounds. Managers will still have weekly check-ins with their interns — virtually, of course. And the company plans to create a digital “orientation day,” along with an online Q&A with Hormel’s CEO. The interns will still work a full 40-hour week, too.

“We’re trying to create the same experience, although it will look a little bit different,” she says.

If there are any major changes in pandemic-related restrictions over the next few months, Hormel will try to arrange face-to-face meetings with interns where possible.

As with many companies, interns are crucial to filling the talent pipeline at Target, Hormel, and elsewhere. Sheehan says about 70 percent of interns typically move into full-time roles with Hormel. Charlie Youakim, CEO of Minneapolis-based digital payments company Sezzle Inc., says interns have “always been an important part of our story.” Nearly a quarter of Sezzle’s employees are interns, he notes — a trend that will hold true even during Covid-19. This summer, Youakim says he’s bringing 31 interns on board for a virtual program. (The company employs about 150 people total.)

He concedes that the company has marginally slowed down its full-time hiring plans. But there’s been no change to intern hires.

“It was always full-speed ahead,” Youakim says of the intern program. “It’s low-cost, low-risk, and we get high output from the team.”

Meanwhile, as some businesses cancel or pivot to digital, others are splitting the difference. Maplewood-based 3M Co., which plans to host about 180 virtual interns this summer, has chosen to push some internships to 2021. In a typical year, the company has around 350 to 400 interns.

“We’re taking the approach of honoring every internship in the U.S. this summer,” says 3M spokesman Kyle Thompson.

Polaris Inc., meanwhile, says it’s elected to push back the start date for its 80 interns this summer. A majority of the interns were slated to start in May, but now they’ll be starting in mid-June.

“Coronavirus brings added complexity to the program and requires us to evolve our typical internship to truly Think Outside and offer dynamic experiences specific to each intern’s function,” spokeswoman Jess Rogers said in an email.

For its part, 3M will still have about 20 interns working on-site as part of its “optimized operations” program, Thompson notes. The company will take similar steps to protect those workers as it does for typical plant workers: Screening interns’ temperatures before entry, and enforcing social distancing policies.

As for the virtual interns? Like Hormel, 3M plans to host virtual activities to foster a sense of connection, albeit from a distance. 3M leaders are even floating the idea of “virtual roommates” to help interns feel connected. (Under normal circumstances, the manufacturer provides housing for its interns.)

For any company offering a virtual internship, there will always be concerns about accountability and productivity. But 3M and Hormel say they benefit from providing project-based work for interns, so they’ll have clear metrics to gauge interns’ performance.

“We’re figuring different ways to keep them connected to their larger teams,” 3M’s Thompson says. “We want to make sure they have a broad community of support, whether it’s experiencing the culture, and also the help they need with their projects.” 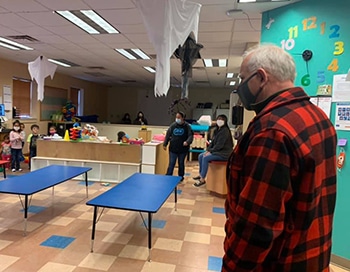