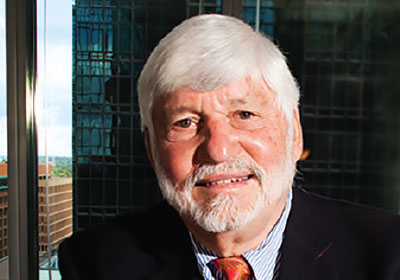 Families that don’t discuss their business differences to preserve family harmony are making a painful mistake.

Communicating and managing differences are fundamental to a civil society, an effective workplace and a happy family. But when your business associates are also your family members, it can get complicated. Families may avoid communicating about differences to sidestep major arguments.

If you’re part of a family business—even as a non-family employee—you may have seen this dynamic. A son is at odds with his father about how to run the business. But he doesn’t bring it up because it will “spoil the family gathering at the cabin over the weekend.” Or brothers don’t share their disagreement over their roles in the company because “it will upset our family at Thanksgiving or Christmas.” So when there’s serious disagreement, individuals in a family may stuff it and try to wait it out.

This is seldom a wise approach. When we avoid talking about our differences, we magnify the problem we’re trying to avoid. What might have been a small speck of dust swept under the rug becomes a boulder everyone trips over. In presentations, I call this dynamic “Hubler’s Speck of Dust Theory.”

The enforced silence of not sharing disagreements can escalate into the silent treatment. Family members become so annoyed they refuse to speak to each other. The reasoning is that by not speaking to someone you’re punishing them. Of course, that reasoning travels both ways. The silent treatment is not only unproductive, but also adds to frustration and hurt feelings.

That was the situation when I met the Danz family (not their real name). They own a thriving niche manufacturing company. Walter and his son, Ted, had not spoken to each other in four years. That’s right, four years. Yet they labored side-by-side five days of the week. They ran all of their communication through Pat—Walter’s youngest son and Ted’s brother—who also worked in the company.

Finally, Pat was done with it. He said, “If you two can’t get your act together, I’m out of here.” His demand became the impetus for hiring me. We got to work.

I learned that the breakdown began those long years ago when Walter voiced his disapproval of Ted’s wife, Jean. He said disrespectful things. Ted shut down and the silent treatment began. This was a typical way they “resolved” differences in their family; they stopped talking to each other.

I met with Walter and Ted five or six times over the summer. We made progress. They were able to discuss their hurts, understand what they expected of each other, and discover what they needed from each other to thrive as business partners, as well as father and son.

By the fall they were working well together. The company was operating smoothly and they were again enjoying social time after work. However, during my conversations with Walter, Ted, and then others, larger issues emerged. The adult children blamed their brother, Ted, for issues at the company. They had given him the silent treatment at family gatherings and holidays. Ted and Jean felt isolated. It was evident that the entire family had to get involved to work this through.

In reality, it’s impossible to live in a family with people you love and not step on each other’s toes. I suggested that everyone participate in a family forgiveness ritual where they could share their concerns and hurts in a safe environment. Because the family was religious, I incorporated their own religious traditions, including a home Eucharist, and invited their clergy person to join us.

The family forgiveness ritual started with tension. Individuals had difficulty participating. As it progressed, we came to the part where family members could identify what they had done that they wanted to be forgiven for. Suddenly the room grew silent and an uncomfortable pause hung in the air. Eventually, the younger son, Bob, began to speak.

Tension melted away. Family members took turns sharing something they had done that they wanted to be forgiven for. Tears mingled with smiles, and losses became gains. As they cleaned up after the meal, they were laughing, sharing family stories and showing how much they loved and meant to each other. Each had shared what mattered, spoken their truth and asked for forgiveness. Each heard and responded to the others. The silence had ended. It was their new beginning.